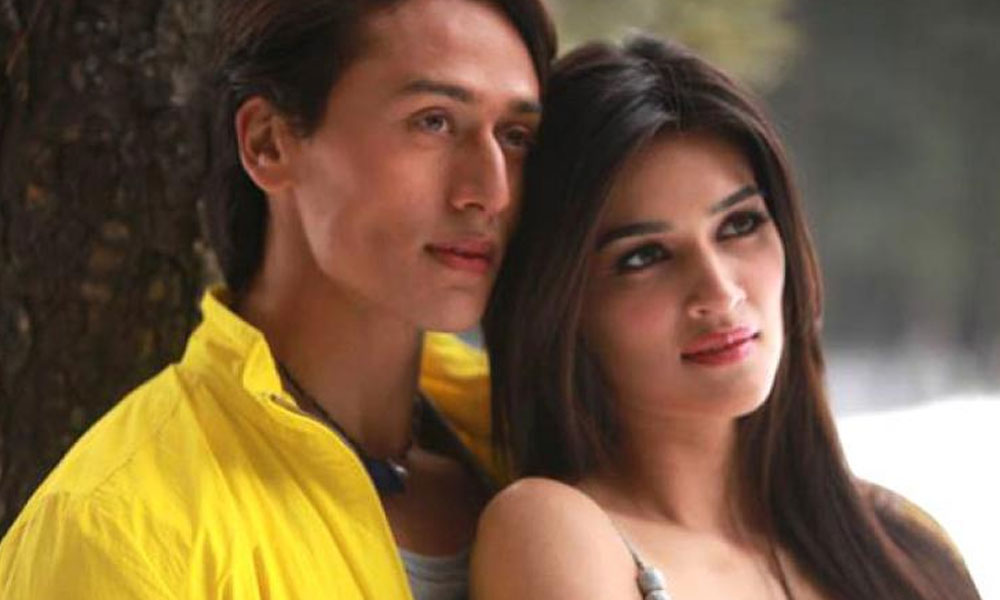 Five years ago today, Tiger Shroff and Kriti Sanon had unveiled the trailer of their first film Heropanti. Completing just half a decade in the industry and these two actors have already made their mark in their acting careers and give credit to their producer and mentor Sajid Nadiadwala.

Talking about the journey so far Tiger Shroff shares, “It’s been overwhelming and I’ve been so grateful that I got a mentor and a father figure in the Industry as Sajid Sir. I can’t say enough for him and just thank him for giving me a new life and helping me stand on my two feet in this big Bollywood Industry.”

On coming back together with Tiger Shroff in future Kriti Sanon said, “I don’t really know when we’re going to collaborate but I would love to work with him again. It’s been a long time since we’ve worked together and we’ve both sort of grown in our separate journeys as actors and it’ll be amazing to come back together in a film again.”

As Tiger Shroff is doing his fourth film under Nadiadwala banner Tiger feels extremely proud about it and shared, “I feel it’s too less I hope I can do way more films with him and I have a higher success rate with him in the future. He is always the first person who comes to my mind for anything, be it on the personal or professional front. I think I can’t express my feelings through words.”

Considering Sajid Nadiadwala as his mentor Tiger Shroff shares a bond beyond the professional level. “I think whenever I need to make decisions I need to first consult with Sajid Sir as nothing is just business between us and he treats me like family. I am blessed to have somebody who is as experienced and talented and so powerful in the industry backing me.” Tiger Shroff shared.

On the work front, Tiger Shroff is all set for his upcoming film Student of The Year 2 alongside shooting for YRF’s Hrithik v/s Tiger.

Kriti Sanon will next be seen in Kalank in which she has a special number apart from her interesting line up of films like Arjun Patiala, Housefull 4 and Panipat.