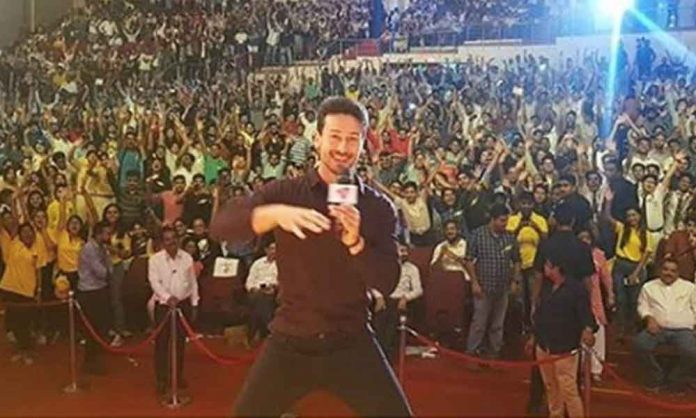 With his groovy dance steps and boundless charisma, Tiger Shroff set the stage on fire at the India Today Mind Rocks 2018 event in Delhi.

The audience went gaga as the young star graced the event and left everyone speechless with his amazing dancing skills on the very famous songs of ‘Zindagi Araha Hoon Main’ and ‘Boot Pe Booty.’ The crowd couldn’t stop chanting Tiger’s name to watch more of his moves.

The fans of Tiger went ecstatic when the actor acted as a catalyst to the fun mood inside the auditorium. From doing summersaults on stage, sharing goodies like Baaghi 2 DVDs to clicking pictures with the crowd, Tiger did it all.

Tiger Shroff was moved by the overwhelming response from the crowd. He expressed how it is gratifying for him to get such responses from the audience everytime he performs.

Tiger also took to his social media handle to share his love for the city. He said, “Been a while since I got a chance to move to my fav song in my fav place! Thank you for all the love always.”