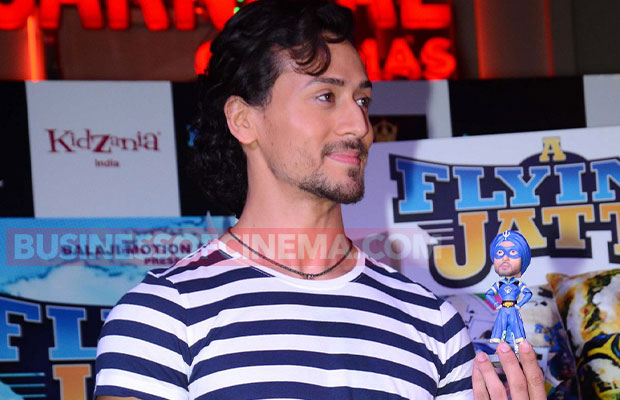 Tiger Shroff has added another feather in his hat, as he was honoured with the prestigious award of the Youth Icon.

Tiger has recently set the temperatures soaring at the GQ awards.

An exulted Tiger shares, “I am greatly humbled and honoured to have received this prestigious award. It’s not only an acknowledgement of my work, but it’s extremely encouraging for me to be looked upon by youngsters. This award is a motivation for me to work harder and give my best to make my craft better. I believe that it’s the audience that makes you a star and as an actor I want to entertain my audience at all times. It’s a great feeling to receive so much love, it’s truly overwhelming. I want to take myself notches higher, as I don’t want to cheat the people who have shown me so much of love. I want to give them back by tenfold.

On the message he would like to give the youth today, Tiger shares, “I think in order to achieve your dreams, self-discipline is extremely important. It’s easy to get deviated and distracted but it is only when you keep focus and not move away from it, that you can achieve your desired goals in both your career and life. Alongside, it is important for us to push our boundaries as only then will we evolve, as there is no final destination in bettering yourself.”

Tiger Shroff has entralled the audiences with his phenomenal performances by delivering back to back hits.

In a short period of time, the actor has delivered exemplary performances.

Popularity and fan following of the young star, has been ever growing.

Tiger Shroff has astounded the audiences with his jaw dropping action sequences in all his films.

With his breathtaking performances, the actor has achieved not only achieved box office success but also recognition.

The actor’s movie Baaghi has gone on to become one of the top grossers of the year.

After garnering a long theatrical run at the box office, the blockbuster movie, Baaghi, ranks second on the Broadcast Research Council of India after Salman Khan‘s Prem Ratan Dhan Payo.

The actor has a busy and exciting year ahead, with two big projects in his kitty, Munna Michael and Student of the year 2.