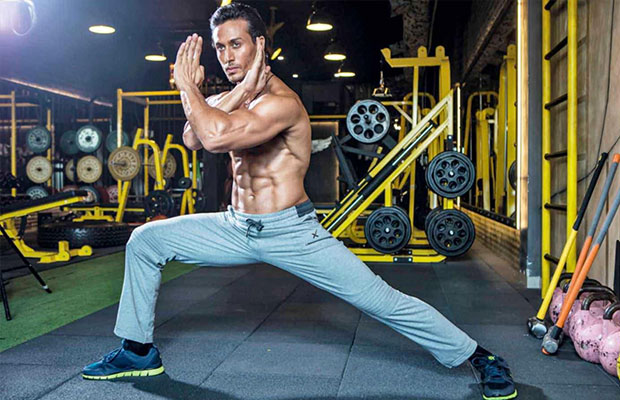 Tiger Shroff is not only popular among youngsters for his superb acting skills but is also popular for his physical prowess.

Being socially active, Tiger Shroff is seen posting his crazy dance moves and amazing stunts which then become a huge rage amidst his fans and followers.

Tiger got jaws dropping with his daredevil stunts in Baaghi, the young actor has been ever since giving glimpses of his flexibility on social media.

The actor has been publicly showcasing his fitness routine, which includes intensive dance sessions and free hand workouts which includes performing stunts to maintain flexibility.

Tiger Shroff‘s stunts are inspiring young Delhities, who have come out in groups to perform street workout.

Many groups of fitness enthusiasts who cannot afford expensive gyms are now following Tiger‘s fitness regime and are displaying the stunts on the streets of Delhi.

Earlier it was a bit embarrassing to do workout in the parks as people kept gazing at us. But now it feels good when we perform stunts and people gather around,” says Anuj Vats ,a practitioner of Tiger Shroff‘s tips.

Anuj Vats and Karan Mahour have now even opened gyms to train people, who are willing to attain fitness in an inexpensive way.This group, which also has women members, organises women’s self defence programmes and counsels drug and alcohol addicts.

“It’s a mindset that only boys can do street workout. It’s not true. We work on breaking stereotypes. For a year now, I’ve been trained on strength, body balance and flexibility to prepare for street workouts. We might fall, but that’s when we learn to fly,” says Mahima Sethia another follower of Tiger‘s fitness routine.

In today’s times, people are aping celebrities for their styles and lifestyle, it is overwhelming to know that Tiger Shroff is not only setting a benchmark for himself but is also encouraging his followers in making a change!