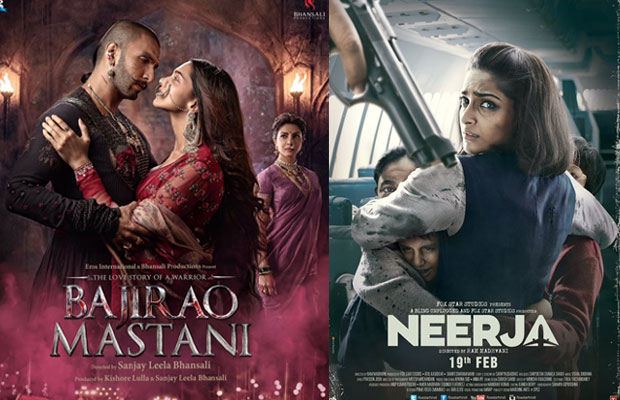 [tps_footer]The Indian Film Festival of Melbourne 2016 nominations are out and here’s a look at who all have made it to the final list of the upcoming awards.

As the Indian Film Festival of Melbourne enters into its fifth year, this time with Women Empowerment as its central theme, it’s double the fun and excitement. The festival commences from August 11 till August 21, 2016. The brand ambassador of the Indian Festival of Melbourne is Vidya Balan and will witness attendance of other incredible celebrities who would be gracing the occasion. The 11-day festival presents a world-class program overflowing with gala events, master classes with India’s leading film figures, and over 50 films screenings in 17 languages across four Melbourne venues.

With Rishi Kapoor as the Guest of Honour, who will also be honoured with the Excellence in Cinema Award, this year will witness some of the best masterclasses by the best in Bollywood, panel discussions, talent competitions, and lots more!

The IFFM announced the nominations for the best achievements in filmmaking throughout 2016.

Commenting on the same, Festival Director Mitu Bhowmick Lange comments, “We are pleased to announce this year’s nominations. With some of the most amazing works showcased, we have tough competition at the IFFM this year. From Fan to Bajirao Mastani to the indie films, we have the best films in pipeline for this year!”

Sonam Kapoor says, “It’s humbling to see Neerja, a story about an Indian heroic girl traveling across the world. Neerja has been a personal passion project and it’s always great to see a film you have been a part of it being recognised at various platforms. Proud that Neerja will now be screened at the Indian Film Festival of Melbourne. Hoping it gets as great a reception as it has had so far.”

Additionally, Shakun Batra, director of Kapoor and Sons says,”It’s a matter of great pride for us to be nominated at The Melbourne Indian film festival and the fact that it will be the first major film festival to showcase the film, makes it even more special. I’m extremely delighted, curious and surprisingly nervous at the thought of watching the film with an audience. Eagerly looking forward to our time at the festival.”