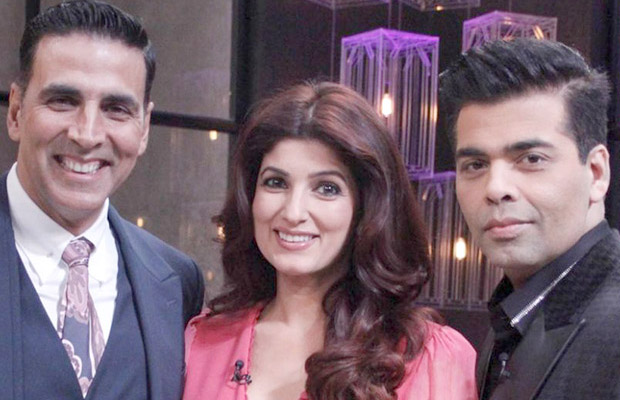 There is no doubt that Mrs. Funnybones is the perfect moniker for Twinkle Khanna. Looking radiant in pink, Twinkle was accompanied by her husband and mega Bollywood star, Akshay Kumar on this Sunday’s episode of Koffee with Karan that aired on Star World and Star World HD.

The conversations were candid and unfiltered making this one of the most shocking, hilarious, awkward and romantic episode the show has ever seen. Not one to mince her words, Twinkle turned the tables on Karan as she puts into play her personal camaraderie with him leaving the later shocked and speechless throughout most parts of the show. Akshay’s expressions were priceless and conveyed a thousand words.

For those of you that missed the last episode, worry not because we have the most memorable moments lined up for you.

You can also catch up on all the fun in the repeat telecast of Koffee with Karan Season 5 on Star World and Star World HD, weekdays at 1 PM and Monday – Saturdays at 7 PM.