Being the most famous couple of Bollywood to dating secretly, the folks have seen it all. There’s nothing new that the two have been together ever since the heart-breaking breakup of Ranbir Kapoor and Deepika Padukone.

They have always made a buzz relating to their relationship. This time too they are all over the internet but not because some paparazzi caught them together but because Deepika called Ranveer Singh as “Clown” on one of the videos which the latter uploaded on his Instagram account. In the video, the actor was seen in the Cardiff Stadium to witness the UCL final. To this video, Padukone commented, “Clown” along with a number of tears of joy emoji. 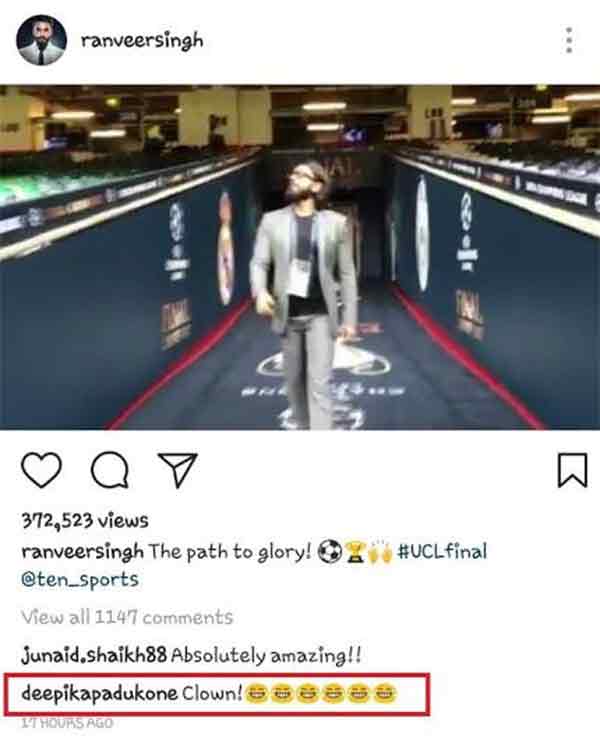 To this when Deepika uploaded a picture of hers holding the UCL trophy on her Instagram account, Ranveer Singh commented on it by writing, “Missin ya” which was followed by a kissing emoticon. 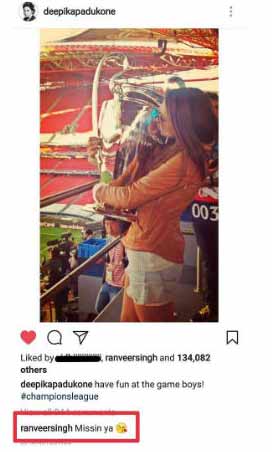 This reply of Ranveer Singh on her rumoured girlfriend’s picture is something which won the hearts of a million people.

Thus coming back to the topic, the duo would be seen next on Sanjay Leela Bhansali’s movie, Padmavati.