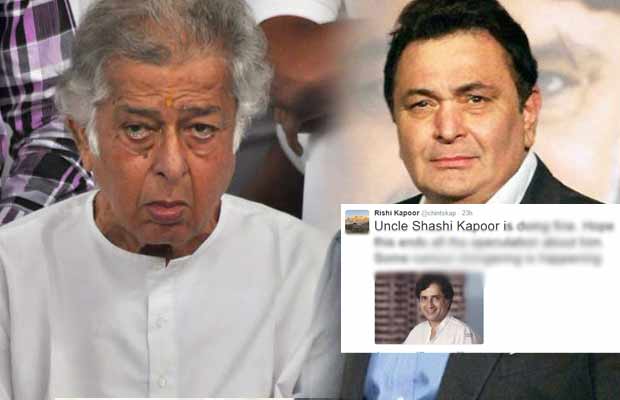 The false news of the actor’s death went viral on social media and has finally been put to rest by the actors nephew and twitter buff Rishi Kapoor.

He tweeted saying, “Uncle Shashi Kapoor is doing fine. Hope this ends all the speculation about him. Some rumour mongering is happening.” 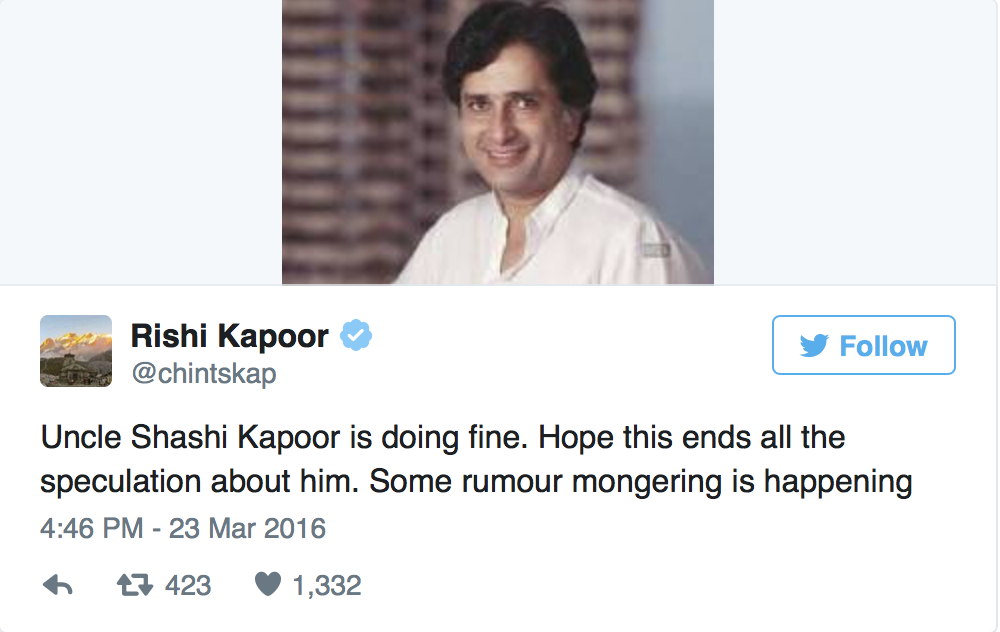 Playback singer Lata Mangeshkar was also quoted saying to a leading tabloid about the effect such rumours have on the people close to the person. “Such rumours only add to the life of the person who is killed by rumour-mongers. I truly wonder who spreads such strange rumours! It must have been someone completely drunk. In this era of quick and bulk communication anyone can send a vicious SMS about anyone and spark off an ugly rumour. Do such people realise how disturbed people get by these rumours?” the portal quoted her as saying.

The veteran actor is wheel-chair bound and has been suffering from kidney problems for some time now. The 78-year-old legend is the youngest of Prithviraj Kapoor’s four children, the younger brother of iconic actors Raj Kapoor and Shammi Kapoor. He was also presented with the Dadasaheb Phalke award in 2015.