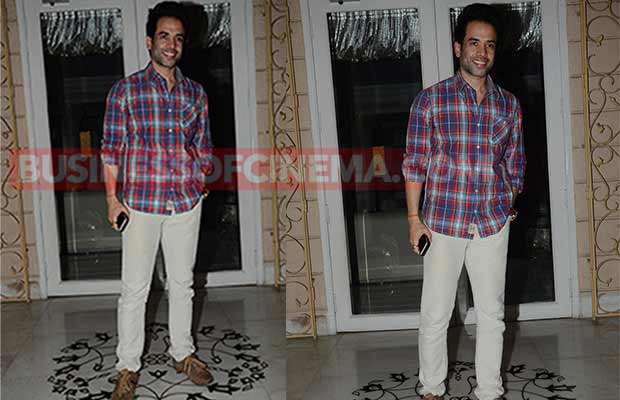 [tps_footer]Tusshar Kapoor gave us a good news this morning when he confirmed the news of him becoming a proud father of a healthy baby.

The baby was of course through IVF and surrogacy and everyone from the industry congratulated Tusshar on becoming a single parent. There was a press conference held by Tusshar Kapoor today where he spoke about parenting and his baby.

Tusshar was asked about how he felt after becoming a father to which he said, “I am a 40-year-old man and I always wanted to become a father and now since I have become a father, my life is complete now.”

He also added saying that he wanted to be a single parent and his son looks like him so he is really happy.

Tusshar was then asked about how did this thought come in his mind. To which he responded by saying, that last year he had been to Tirupati Balaji and then he met Prakash Jha who gave him this suggestion of surrogacy and with all the legalities they went ahead with this option. He added, that he didn’t want to adopt a child so he went ahead with this.

When asked about his sister Ekta Kapoor‘s excitement, Tushar said that Ekta is super excited and since Ekta is a June baby and even this baby is born in June, so Ekta says that he is her twin. In fact, he added that Ekta has kept the name of his child as Laksshay.

Tusshar was also asked about the birthday of the baby and he said he will not reveal the date but then he said that let the baby get healthier then he will introduce the baby to the world after three months.

Congratulations Tusshar and we are really looking forward to meeting the junior Kapoor. [/tps_footer]