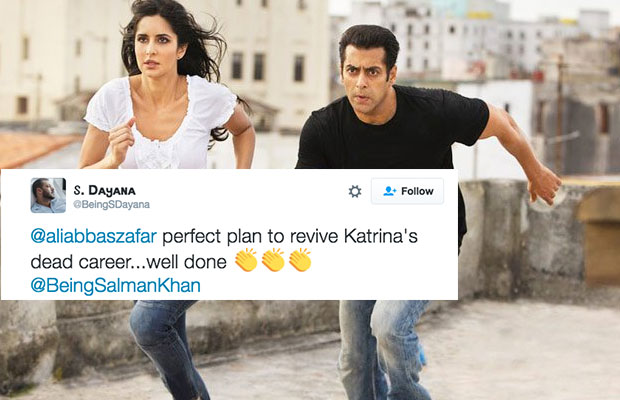 Yash Raj Films has officially announced the sequel of ‘Ek Tha Tiger’ titled ‘Tiger Zinda Hai’. The much-awaited film stars Salman Khan and Katrina Kaif in lead roles. The sequel will be directed by Ali Abbas Zafar. Salman and Ali Abbas Zafar recently worked together in ‘Sultan’ which was also helmed by YRF. ‘Tiger Zinda Hai’ is one of the most anticipated sequels and the masses are already up with their opinions and views on the same.

Just when YRF announced the film on the microblogging site Twitter, fans were ready with their tweets for the movie.

The plot of the film is still kept under wraps but rumors state that Salman will be seen in the image of a 70-year-old man. The excitement for the film is at its peak and here is what fans have to say about the second installment. The film is scheduled to release next year i.e. 2017 in the month of December.