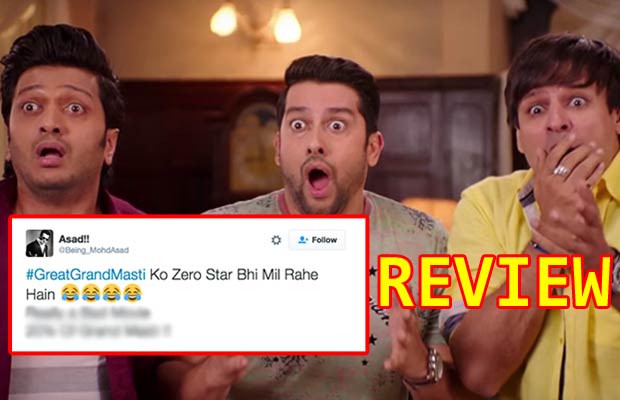 [tps_footer]The adult comedy ‘Great Grand Masti’ has made its way to the screens. The movie has retained its male lead actors Vivek Oberoi, Aftab Shivdasani and Riteish Deshmukh. Actress Urvashi Rautela is the new addition in third part. The film was much in the news lately for its change in release dates. Due to the online leak, the release dates were pushed ahead.

Initially, ‘Great Grand Masti’ was going to release on July 22nd. The makers decided to change the release dates because the film was leaked online. Moreover, the movie also had a great war with the Censor Board. Like all Masti films, the third part is also assumed to be full of double meaning dialogues and scenes. The authorities opined that the film was too vulgar.

The film has opened on an average note and due to the ‘Sultan’ hype might be low in its collections. Here is what fans say about the controversial adult comedy

After online leak of #GreatGrandMasti  i don’t miss it @PicturesPVR @bookmyshow As i want #masti4 ….Fabulous film 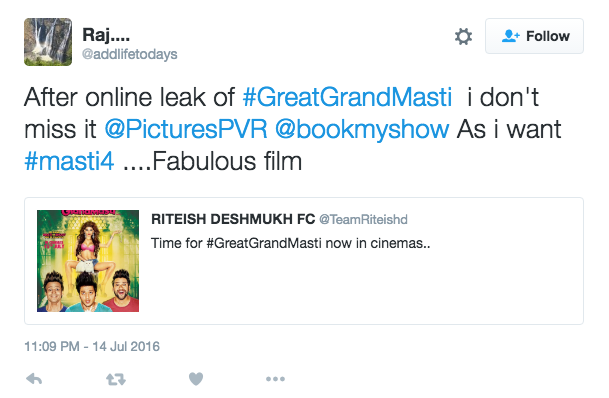 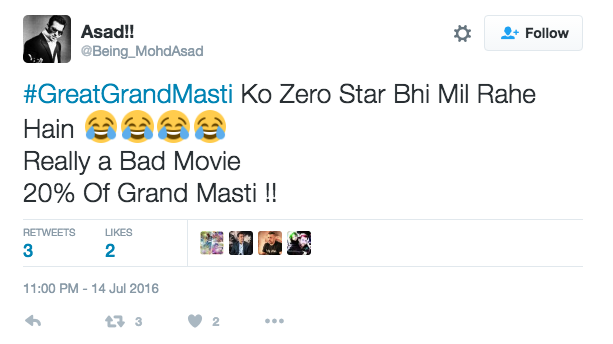 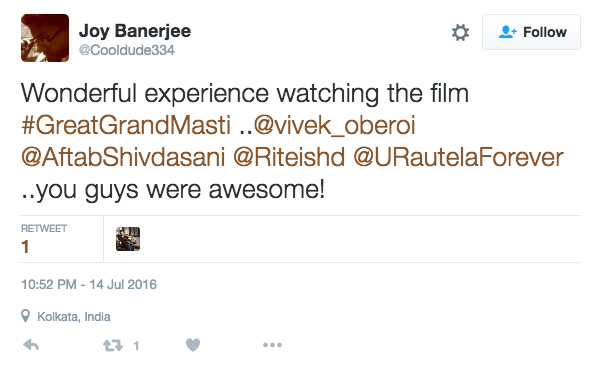 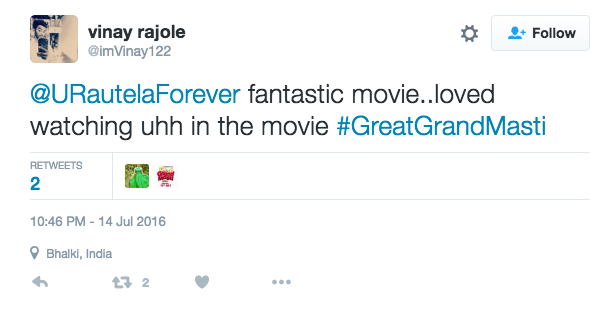 acing it were @Riteishd and @URautelaForever great stuff ..Every country has their own sex comedy and well we have ours #greatgrandmasti 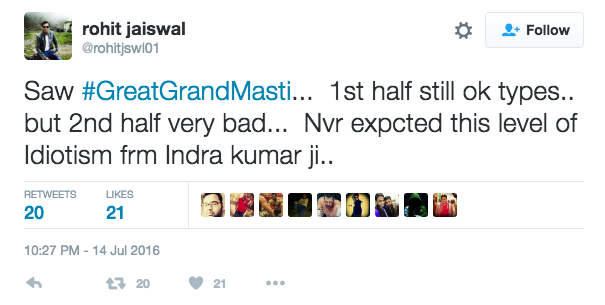