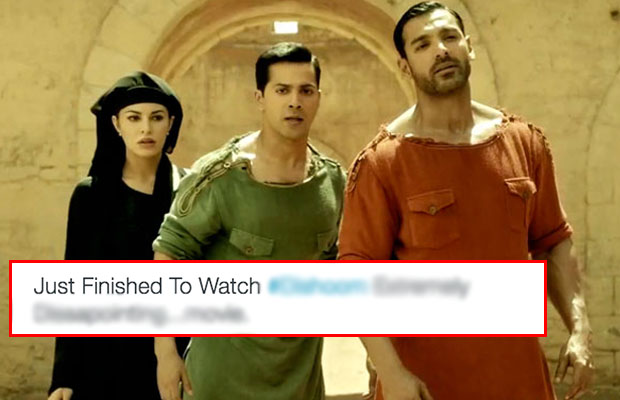 [tps_footer]‘Dishoom’ starring Varun Dhawan, John Abraham and Jacqueline Fernandez has finally released. The movie is directed by Rohit Dhawan and is the first star-filled film after ‘Sultan’. The expectations from ‘Dishoom’ were sky high due to the amazing star cast. The movie was also high in its promotions which increased its popularity.

Moreover, songs from the film are also hit on the chartbusters. Varun Dhawan who has loads of young fans is surely going to be a crowd puller. Additionally, Jacqueline and John are also popular amongst the masses. ‘Dishoom’ was already expected to be a mass entertainer. The film is a combo of action, romance, and comedy.

The movie is assumed to attract a good crowd at the screens because no other film is releasing as its tough competitor. The film has finally entered its first day at the theaters and here is what audience has to say. 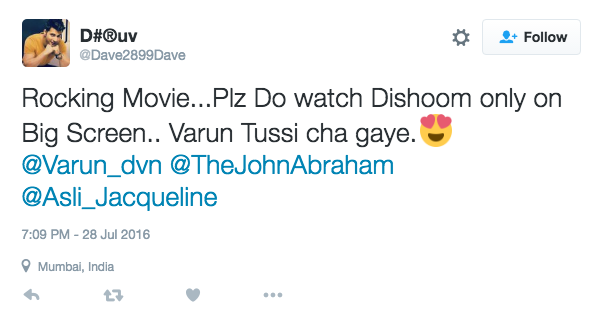 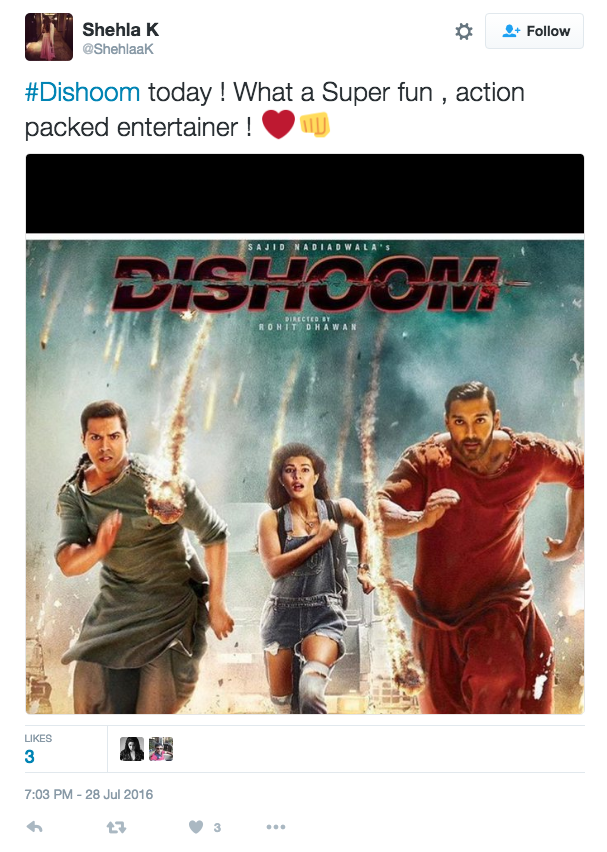 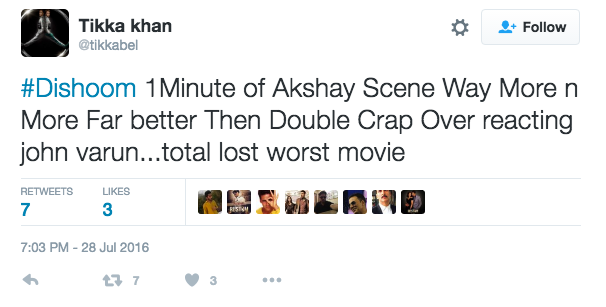 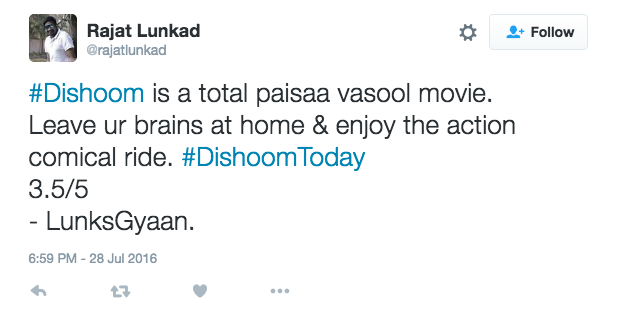