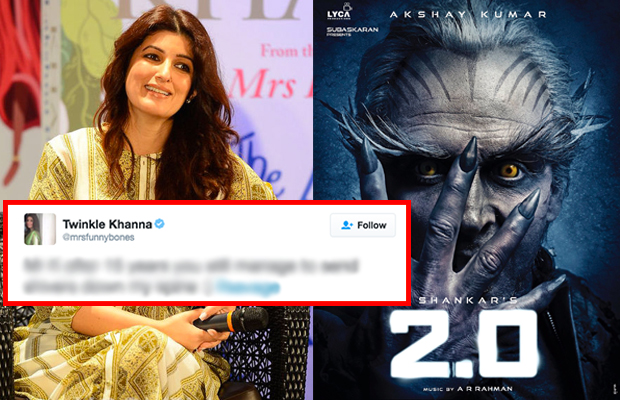 The coming together of the South Megastar Rajinikanth and the Khiladi of Bollywood was surely the extravagant bit in Shankar’s 2.0 which is the sequel to the 2010 film Enthiran. But, what stole the show is Akshay Kumar’s look from the film.

A couple of hours before the trailer launch, Akshay Kumar took to his social media accounts and revealed his look. Everyone had to take a look to confirm if it was Akky or not! Akshay plays Dr. Richards, the nemesis to Rajinikanth‘s character, who turns into a crow as a result of a wrong experiment.

Amongst all the praises and appreciation that Akshay got for his look in the film, the best and sweetest came from his wife, Twinkle Khanna. CLICK NEXT!