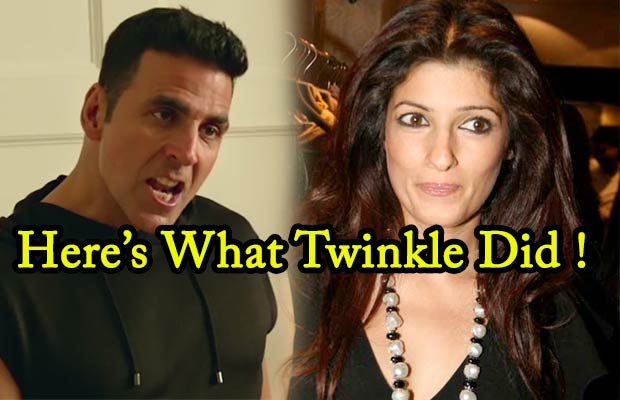 [tps_footer]Off late we are seeing Akshay Kumar’s long vacation pictures with his wife Twinkle Khanna. Well he deserves that break after giving us films like Baby, Special 26 and Airlift. Akshay Kumar has evolved a lot as an actor. He just improves with every film he does. He has possibly done all genres of films including romance, drama, action, crime, drama and comedy. Last we saw him in Airlift and we must  say the film was by far the best Akshay Kumar film. Akshay is known for experimenting with his roles and now we are all set to see him in Houseful 3 in a brand new comic avatar.

Akshay Kumar has a good sense of humour and that he has showing of very wisely during the Houseful 3 promotions. Lately in a press conference at Delhi, Akshay revealed that his lovely wife Twinkle Khanna has wished him all the best for Houseful 3 after watching the trailer. He also said that 2016 has till now got serious films like Neerja, Traffic, Sarabjit, Azhar and many more.

So to lighten up the stress, Houseful 3 is all set to release on 3rd June 2016. Houseful 3 has a huge star cast like Abhishek Bachchan, Ritesh Deshmukh, Lisa Haydon, Boman Irani, Nargis Fakri, Akshay Kumar and Jacqueline Fernandez. This film is a rom-com and will surely tickle your funny bone. Now lets hope that film receives a great response from the audiences as well.