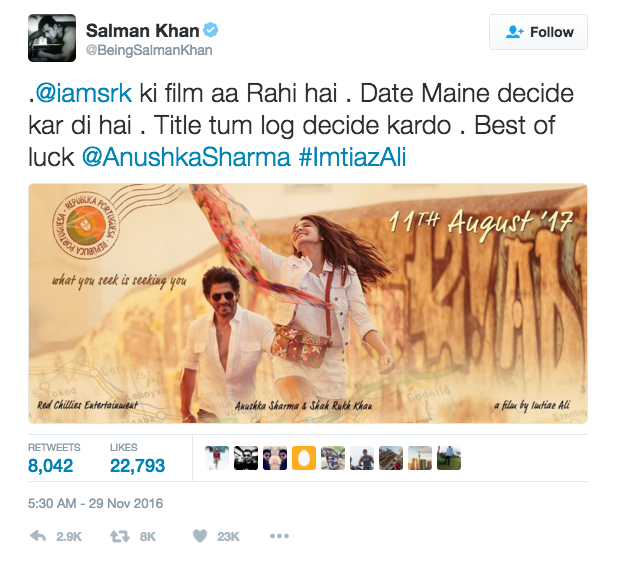 Before Salman Khan made an announcement about the film’s release date, Alia Bhatt also tweeted, “tweeted, “Something super super exciting coming up!!!!!! Can’t wait to disclose it but have to wait till 7pm 🙂 watch this space for more.” 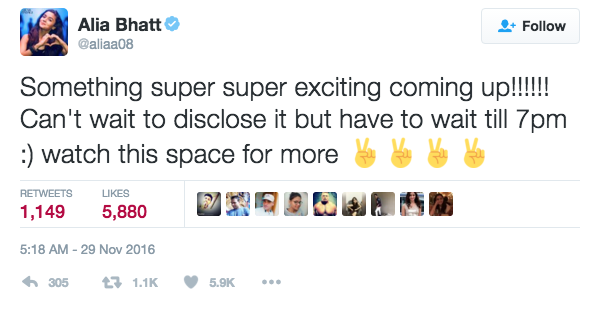 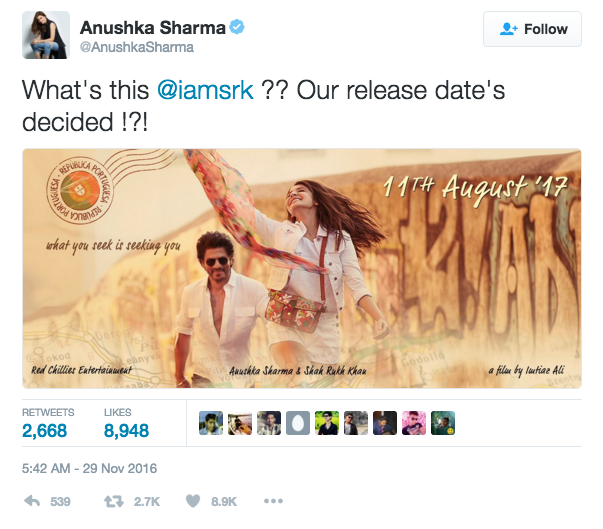 In reply to this SRK tweeted, “Arre I had no idea we are still searching for the title. What to do now??? Go with this date or wot??” 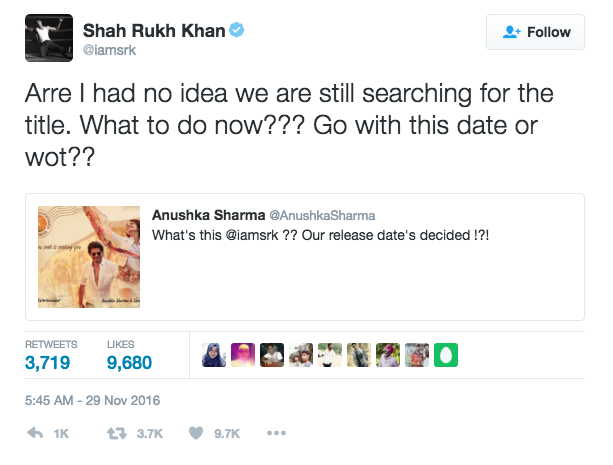 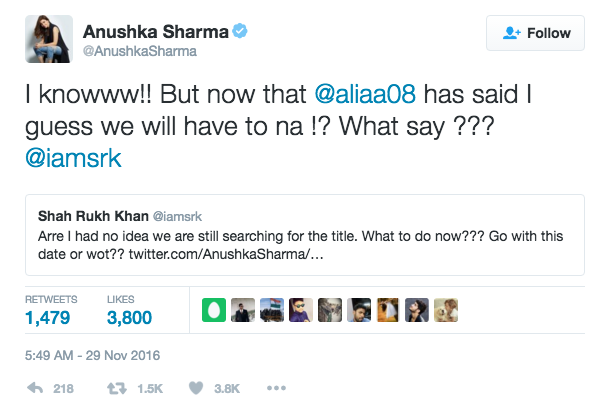 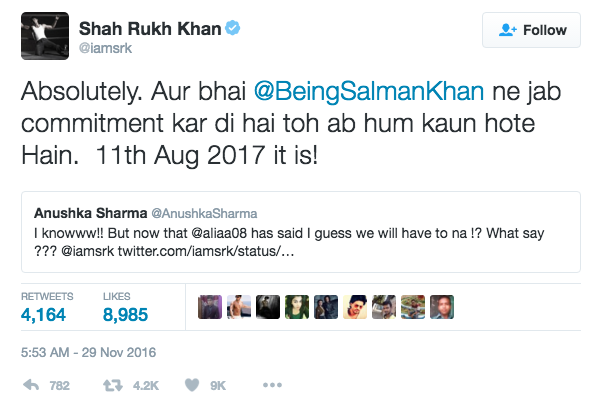 Getting excited about the film, Alia wrote, “August is tooo far away ya!!!!! @AnushkaSharma @iamsrk.. Am saving the date immediately.. But Imtiaz what to put in as the title???#CantWait.” 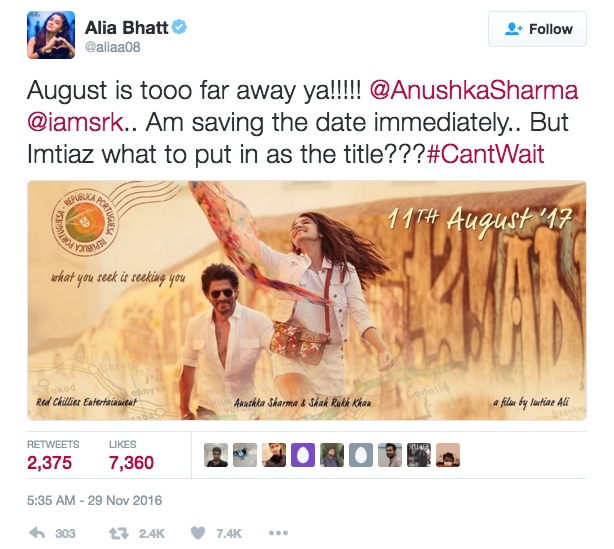 Karan Johar too jumped into the conversation and also suggested to go with his title suggestion. 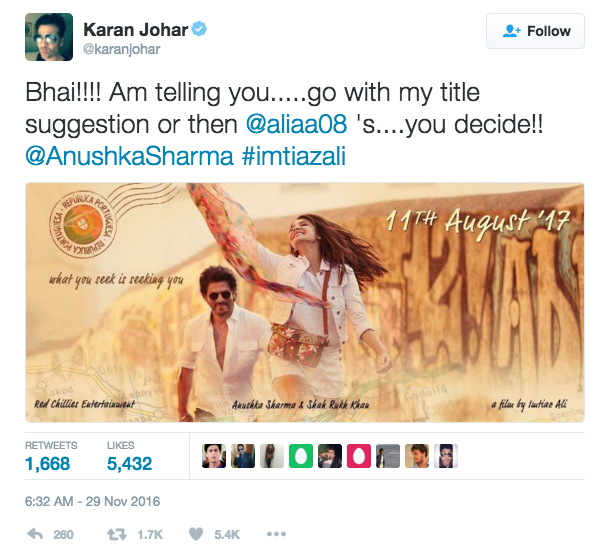 It seems like Ranbir Kapoor too had a suggestion for the film’s title, as Anushka wrote, “No one has taken Ranbir’s suggestion seriously! I think he is a strong contender too for the prize. @iamsrk.” 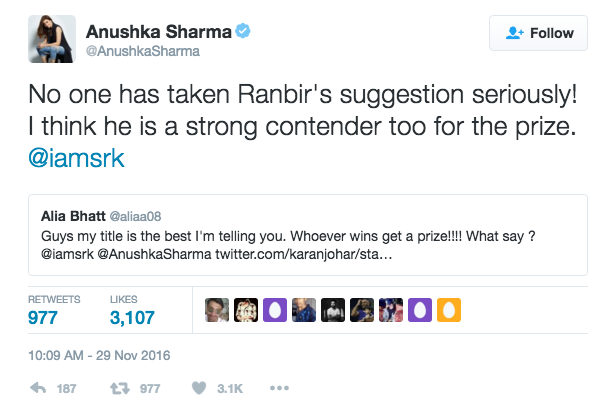 This conversation over Anushka and SRK‘s next is very much interesting and we hope we get to see such everyday.

Also Watch Video: Finally Anushka Sharma Returns To Mumbai After Shooting For Her Next With Shah Rukh Khan