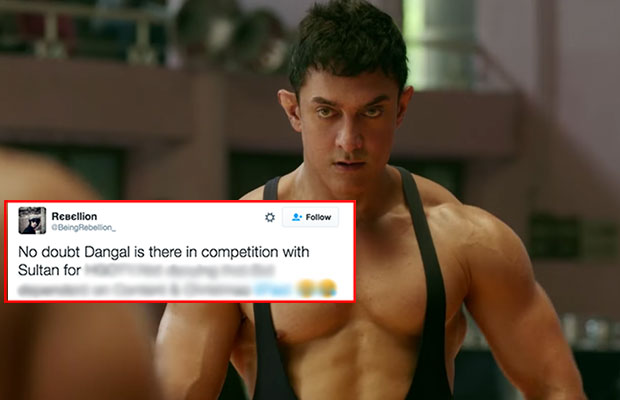 Aamir Khan’s much awaited Dangal is finally out! A day before the trailer launch, Aamir had a sleepless night thinking how would his fans react to the trailer but we say, he should not be bothered now, as the trailer is winning hearts everywhere on the social media. Aamir Khan steals the show as a wrestler Mahaveer Singh Phogat in the 3:25-minute long trailer. We all know Aamir likes to take challenging roles and this time again, he has reinvented himself by playing the role in three different stages. The story is about how Aamir Khan as a father broke conventions and made his daughters wrestle as boys in an akhaada.

Moreover, Aamir Khan’s onscreen daughters, Geeta and Babita are winning out hearts with their outstanding performance. One of the dialogues said by Aamir’s onscreen daughters that will make you applaud them is, “pehelwani bahut ho gayi, ab dangal ka time hai.” There are many such scenes in the trailer that will give you Goosebumps.

Though the trailer and the story are totally different from Salman Khan’s Sultan, which was also about wrestling, it will somehow make you connect and imagine Sultan.  Well, let’s take a look at how Twitterati have reacted to Dangal trailer! 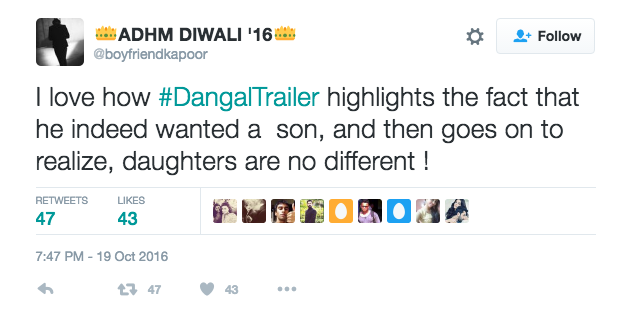 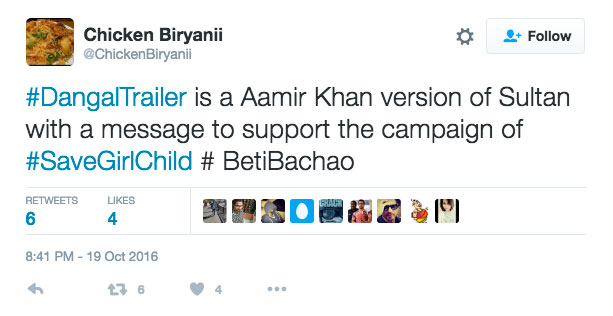 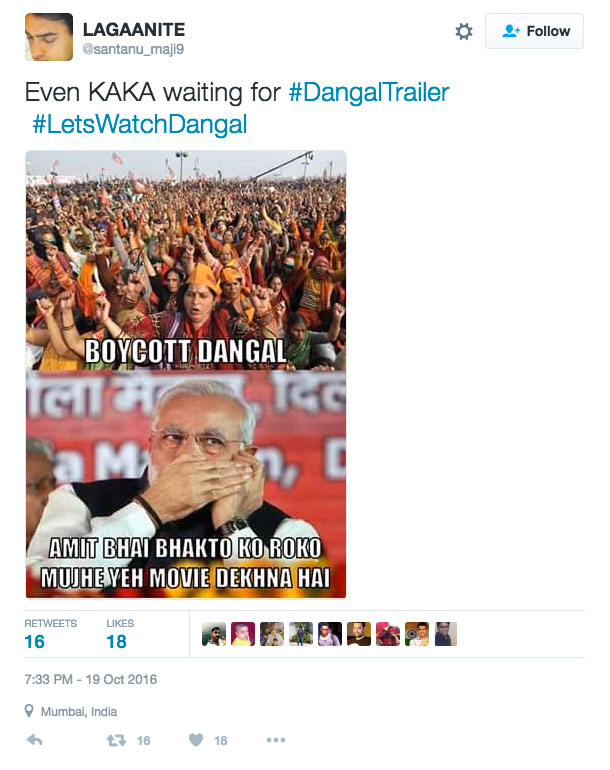 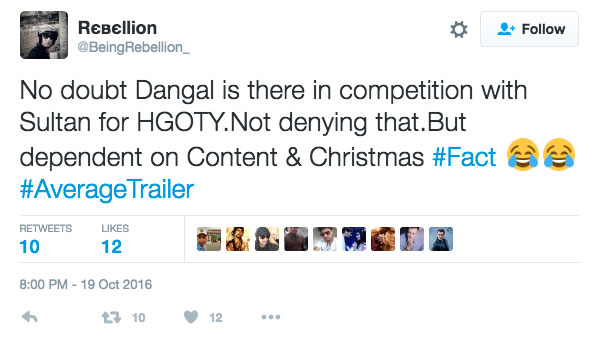 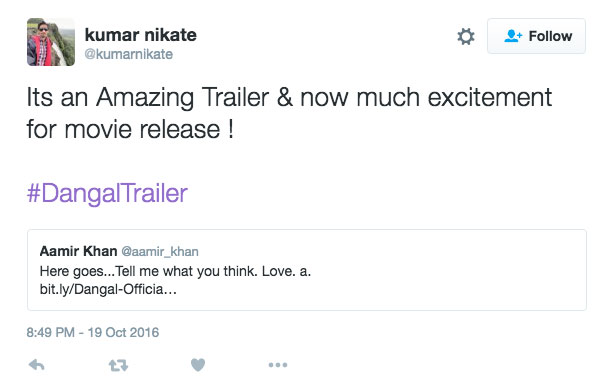 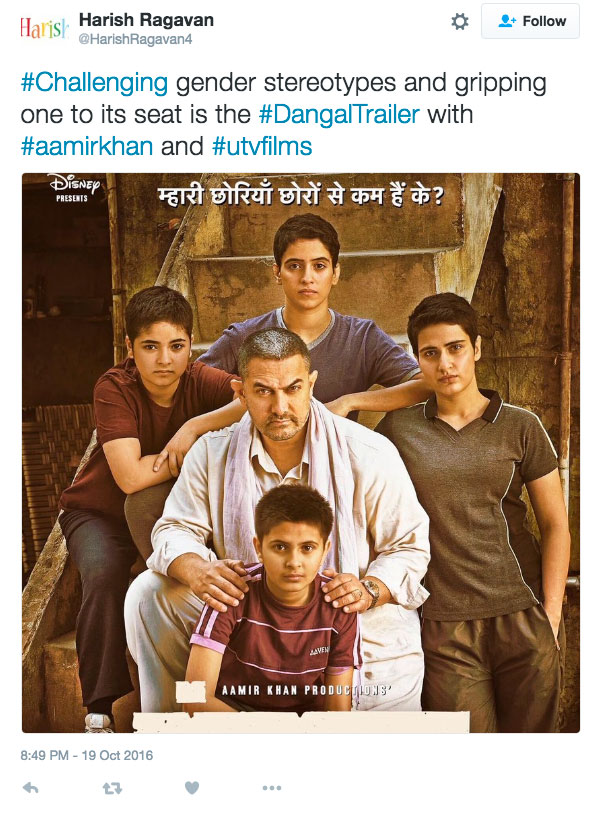 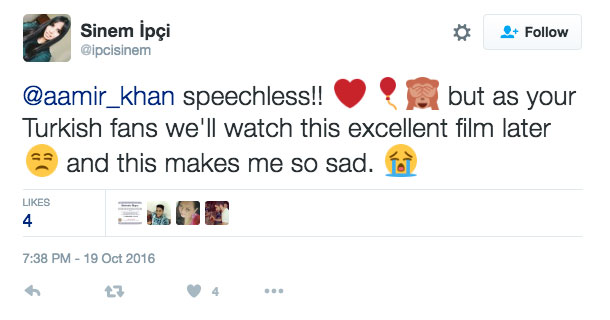