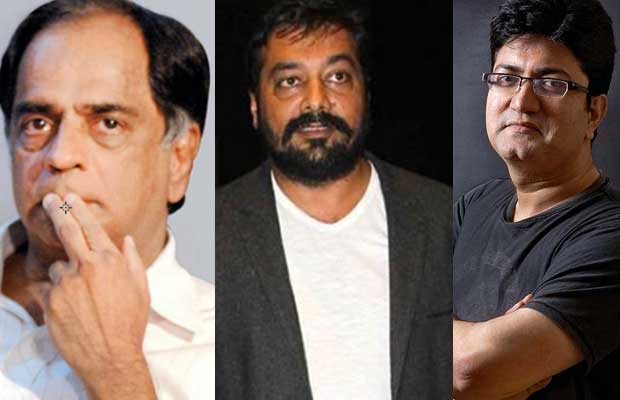 Central Board of Film Certification (CBFC) recently had a major change. Pahlaj Nihalani was ousted overnight as the CBFC Chief. Ad filmmaker Prasoon Joshi is given the position for the next 3 years. The move was long due according to many people. The removal of Pahlaj Nihalani has made many people happy who shared their joy via social media.

The Ex-Chief of CBFC also shared that he did his job and he worked very hard to make the whole process corruption free and transparent. “Whatever the responsibilities they gave me, I did it with all sincerity and entirety. My staff has supported me and CBFC became corruption free and online certification also became transparent (under my leadership).”

The CBFC was getting harsher with their rulings. Several movies have been affected by the harsh reviews and cuts like ‘Lipstick Under My Burkha’, ‘Haraamkhor’, ‘Indu Sarkar’, ‘Babumoshai Bandookbaaz’.

Director of the controversial film ‘Udta Punjab’, Anurag Kashyap has shared what he actually thinks about this new development.

Director Anurag Kashyap told a leading newspaper that he felt happy about the change. He was waiting for something to happen from so long. He stated that he was very excited and glad that the change happened before his new movie comes out.

Everyone knows about the clash between the Director Anurag Kashyap and CBFC over the controversial film ‘Udta Punjab’.

The filmmaker was at the Super Boxing League in Delhi when he said that he had made such a film that would shock the CBFC but there was nothing to censor in it.

The director stated that he did clash with Prasoon Joshi but at least now there will be some sort of talk first, “I might disagree with the things [Prasoon Joshi] says or does sometimes, but not all the time. Also, he’s a very open person. What is amazing is that a dialogue is possible. I believe there should be no censorship and only certification, and I believe Prasoon Joshi is the kind of person who believes in that because he has often talked about it.” He also added that from now on there would be dialogues instead of monologues.

Hopefully, the new Chief Prasoon Joshi helps the CBFC to gain some lost respect in the industry.

Watch Video : Prasoon Joshi REACTS On Pahlaj Nihalani Being Sacked From Censor Board