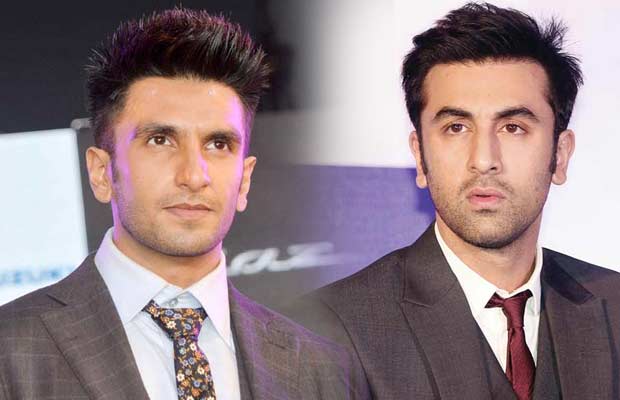 Taking internet by storm recently were sizzling photos of Ranbir Kapoor and Aishwarya Rai Bachchan who will be seen together in Karan Johar’s upcoming directorial venture, Ae Dil Hai Mushkil. The photo had taken the hotness quotient up by several notches as compared to the trailer or songs of the movie.

However, the magazine for which they were shooting did a massive blunder. They mixed up the names of Ranbir Kapoor and Ranveer Singh in the cover story on the cover page!!

It’s an amusing error as both are this generation stars as well as competitors. The current girlfriend of Ranveer Singh, Deepika Padukone is ex-girlfriend of Ranbir Kapoor! We say this is some bad confusion!!

Can’t believe it happened and we wonder what both the boys and Deepika have to say?

Professionally, Ranbir Kapoor’s Ae Dil Hai Mushkil is going through a rough time and facing a lot of hurdles before its release. It is all set to release this Diwali but MNS has sent out an open threat to all the multiplexes in Maharashtra against releasing the movie. If they do infact release it, MNS has further threatened them to vandalize their property.

We will have to wait to see how this affects the opening and eventually the revenue of the film.