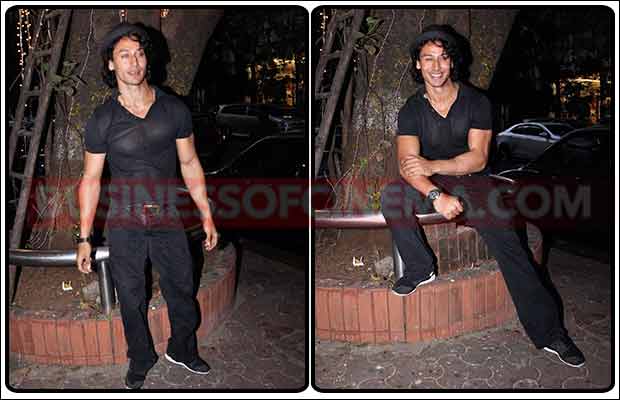 [tps_footer]The future superstar of the tinsel town Tiger Shroff is one power packed talent bundle. The actor who was already a hit after his debut ‘Heropanti’ has fixed another hit film on his career hat with ‘Baaghi’. In a recent interview, Tiger Shroff and director Sabbir Khan shared some interesting details about ‘Baaghi’, whereas the new entrant delved on to some much more meaty issues!

When asked about the success of ‘Baaghi’, Tiger Shroff said, “well, I don’t really understand numbers I’m still new in the industry, people were saying seven eight approx. figures and when we got 11 I obviously thought it is a fantastic thing because 11 is a way better than 7. I am just very happy with the response and the buzz. Whoever was watching the film they were just so positive and appreciating.”

‘Baaghi’ director Sabbir Khan said, “I feel it is very difficult to make a hit film, we all hope to make the best film. The real picture is we produce about 300 films a year and probably about 5 or 6 make it to the hit category. So the numbers are very odd. For us it’s a reason to celebrate big time.”

When asked Sabbir Khan about directing Tiger for the second time, the filmmaker also revealed one particular quality of Tiger saying, “He is a complete package. Each and every day he is getting better as a performer, people who have seen Baaghi have loved the way he has performed and at the same time he has a set of unique skills whether it’s in action or dancing or just the way he emotes and romances I think he is a complete essential package for a hero.”

Tiger Shroff when asked to comment and compare on his chemistry with Shraddha Kapoor and Kriti Sanon said, “In Heropanti I was very raw and I’m still learning right now in Baaghi, she (Shraddha) has taught me a few new tricks. I am very comfortable with Shraddha you know. The first time I met Kriti, it was on the sets of Heropanti, we were shooting for a photo shoot, the look test. Shraddha, I have known her since childhood so obviously there is that comfort factor and in Baaghi it was a lot more passionate as well, so we had to be a lot more comfortable with each other. I felt really effortless with Shraddha.”

Tiger Shroff commenting on his much in the news love life said, “I really really love…….my work. I am married to my work.”

The handsome hunk commented on trying other genres than action saying, “Sure, I want to do all kinds of films I’m open to all genres. Action was highlighted in my two films because Sabbir shot it so amazingly.”

Commenting on his third film with Sabbir Khan and future project, Tiger confessed, “If I’m lucky enough ill again work with Sabbir. No other film plans currently we just want to party hard.”

Talented star Tiger also revealed how being tagged as a superstar is difficult saying, “It is very difficult for me you know that tag. I have to prove myself even more now.”

Concluding on a happy not, Tiger exclaimed his happiness for the success of his film ‘Baaghi’ saying, “I dint expect Baaghi would be so massive. I’m speechless.”