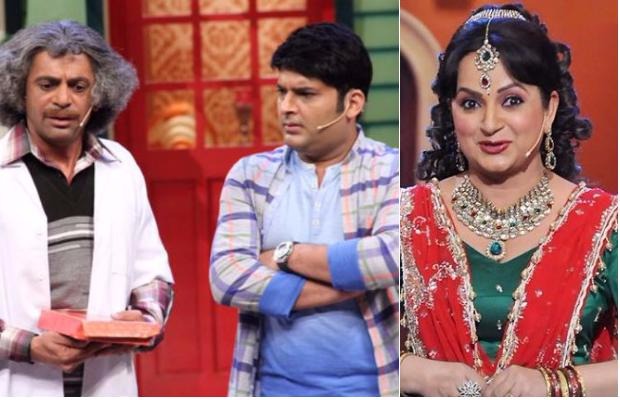 She spoke about her come back and had a lot to share, which also included how she was shocked about the Kapil-Sunil fight and has a few positivity over the matter.

She said, ‘Sunil and Kapil have been thick friends. They know each other since a long time and shared a great rapport. It was very unfortunate that such a thing happened between them, but I feel everything will be fine. I want them to patch up. We are like a family and every family goes through ups and downs and have their share of fights. However, in the end, everyone comes together. I feel they will become friends again,”

And when she was asked about the rumor that has been floating around,‘Sunil and his upcoming new show.’ She said, ‘I have not heard anything like that and I don’t think there can be two shows on same lines. Also, I believe being committed to one show at a time.’

As you’ll read, the confirmation about his new show seems to be a myth. If someone who is such an important and old member of the family says she has not even heard about it makes it clear that Sunil is not coming up with a new show at all. What do you think?

Further, Upasana was questioned about her new role for which she happily shared that it will be a continuous role, she has even shot an episode and she is happy after getting back with the cast.

She is currently busy shooting for Nach Baliye 8 with his partner and she will also be seen in Varun Dhawan’s upcoming film ‘Judwa 2.’ She has so much of positivity towards Kapil and Sunil that they will patch up, even after some time. We curiously wait to see how that happens.