AIi Fazal is sure a charmer and his on-screen persona has earned him his own share of female fan following. As the world celebrates the day of love, Ali Fazal who’s spending his little time off from the shoot of Fukrey Returns had an early Valentine’s surprise come his way.

The actor who craved for time with his family is in Lucknow currently before he comes back to resume shoot for Fukrey Returns. Ali Fazal had a chance to spend his Valentine’s in his current most beloved company. He recently welcomed a young 10-day old niece, Malak.

Ali spent his Valentine’s Day with the newborn and even bought her gifts. So Malak is Ali’s Valentines date for the day.

Just lately Ali Fazal was in the news for enrolling his nieces and cousins in self-defence classes. It all started when Fazal’s cousin in London took up martial arts but that’s not the only thing with a thoughtful cause that he is following. He’s helping his best friend Richa Chadha with a cause that means the most to her – Animal Welfare or to put it in simple word finding homes for strays.

Currently, both Ali Fazal and Richa Chadha are shooting for their new film sequel, ‘Fukrey Returns‘ directed by Mrighdeep Singh Lamba. From Delhi to Bombay Richa Chadha sure has come a long way in a really short time.

Richa cares about stray pups so much that while shooting for Fukrey in Delhi both Richa and Ali came across a lot of stray animals during their shoots, and volunteered to help them by collaborating with a with various local level animal welfare shelters to find them happy homes. Both of them now, during their time off-shoot work towards getting a home for the strays. 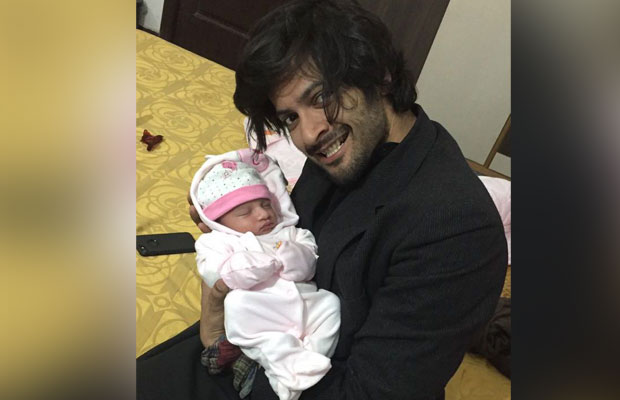 Also Watch: Abhishek Bachchan, Aishwarya And Big B Spotted At A Funeral