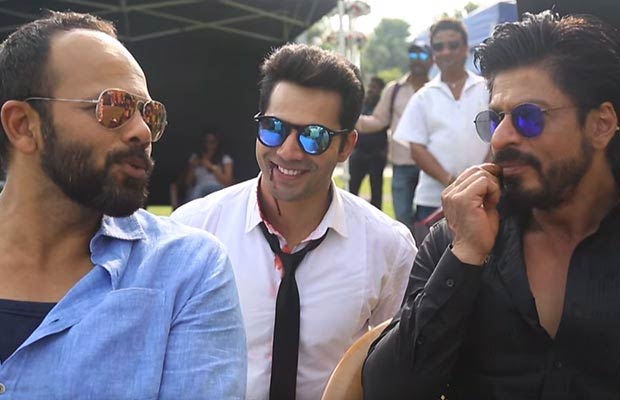 [tps_footer]After the cold response to Rohit Shetty‘s “Dilwale” starring Shah Rukh Khan, Kajol, Varun Dhawan and Kriti Sanon couldn’t work out and give a mind blowing response, the director is moving on by trying to keep himself busy with new projects, latest one that is buzzing, is the remake of Subhash Ghai‘s classic movie “Ram Lakhan” starring Jhakkaas Anil Kapoor and Jackie Shroff a.k.a Jaggu Dada.

But nothing is crystal clear about the story, settings, songs and other details of the movie but, it was reported that Varun Dhawan may be part of this movie. And being direct and spontaneous in a recent interview, Varun, answered directly at this question, if he is part of “Ram Lakhan” directed by Rohit Shetty. He gave an answer by clearing that he is not part of it and at the same time didn’t miss out on praising his “Dilwale” movie director Rohit Shetty and expressed his wish to work with Rohit again.

After the poor performance of “Dilwale” at the box office, there were reports that Kajol and Varun had confessed about their disappointment at choosing the Rohit Shetty directorial.

It was also being said that Varun rejected “Ram Lakhan” because his first film with Rohit didn’t do well. Thus, the actor rubbished the rumours and said that he would work with the director again if he gets a chance. 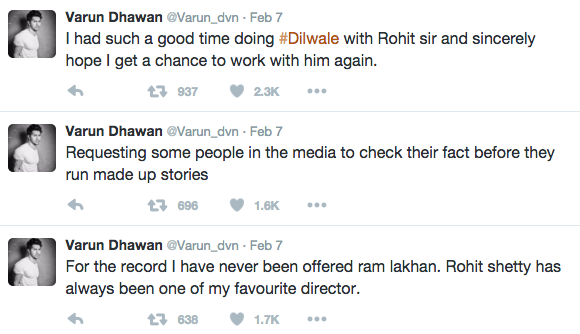 Rohit Shetty, will surely come back sooner or later with a bang on hit movie and create another franchise like his “Golmaal” series. Hits and flops are part of every actor, director producers careers. We hope Rohit‘s “Ram Lakhan” brings him the lost success.[/tps_footer]