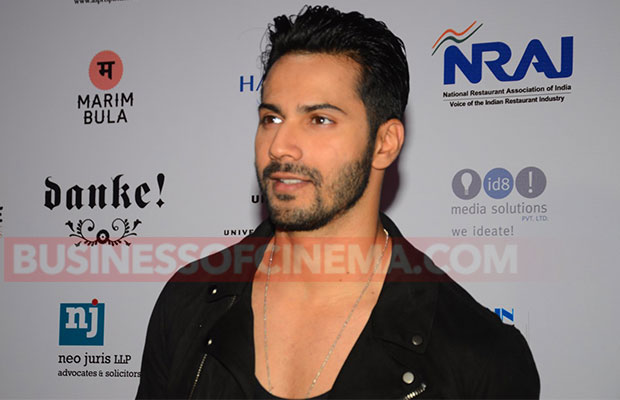 Varun Dhawan, who is currently shooting for Judwaa 2, had caught viral fever amidst the shoot. London’s unpredictable climate got on to Varun.

Varun who has been posting his dance rehearsal videos from London has not stopped shooting and is giving his best to help the team finish the shoot on time.

Varun has been performing action sequence in London even though he had caught fever and has not taken a day off. The actor has dedicated all his time and energy for the shoot.

The shoot in London was scheduled for 40 days and Varun does not wish to extend the shooting schedule.

Varun Dhawan who always has expressed his Love for the original 1997 Judwaa, is leaving no stone unturned and is giving his best to perform both the roles of Raja and Prem.

The makers of Judwaa 2 are in midst of shooting the first schedule. Actress Jacqueline Fernandez, who is playing Varun Dhawan’s love interest has joined the team in London.

Judwaa 2 will feature Varun Dhawan playing the dual character of Raja and Prem along side with Jacqueline Fernandez and Taapsee Pannu.