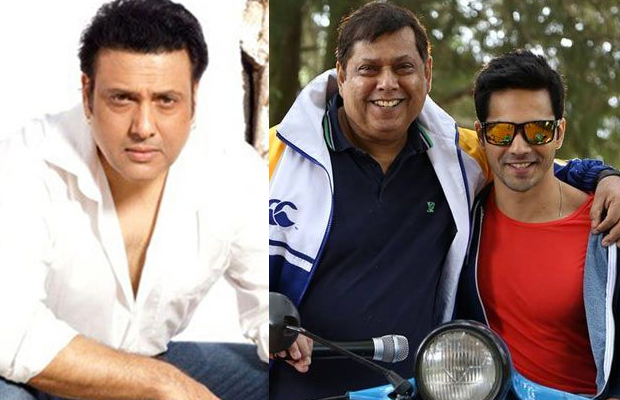 Bollywood’s evergreen actor Govinda is all set to make his comeback with his upcoming film, “Aa Gaya Hero”. The actor has been busy with the promotions of the film is currently giving back to back interviews. During one of the recent interviews, Govinda opened up about his bitter relationship with director David Dhawan. Chi Chi revealed that things turned sour after their last outing, ‘Partner’ (2007).

In an interview to hitlist while promoting his upcoming home production, ‘Aa Gaya Hero‘, Govinda said, “He worked all his life with me and Salman [Khan], and delivered many hits. He may respect me as an actor, but not as friend. I stood by him when he was down and out, but he didn’t do the same.”

Govinda also revealed that he wanted to work with David Dhawan again but the director refused. “He told my secretary that if there were a small role in a film, he may approach me. ‘Govinda asks a lot of unnecessary questions, I don’t wish to work with him,’ he said. I was taken aback.”

Earlier today, at the song launch of “Tamma Tamma Again“, the Badrinath Ki Dulhania actor Varun Dhawan was asked about Govinda‘s controversial allegations about his father Varun smartly avoided to answer the questions and made sure that he stays away from his father’s bitter relationship with Govinda.

When asked about the same, Varun Dhawan commented, “Maine nahi pada” (I didn’t read about it). When the reporter repeated the question, Varun‘s reply was, “Mujhe sunayi nahi diya!” (I can’t hear)..

A royal ignore it was!

Also Watch: Guess Which Is Varun Dhawan’s Favourite Movie Directed By His Father