Carnival Cinemas hosted a press conference of Badrinath Ki Dulhania with actors Alia Bhatt and Varun Dhawan and director Shashank Khaitan on March 03, 2017 at Odeon Carnival Cinemas in Delhi. The actor, who has rib tickled many with his antics on screen, had a great time shaking a leg with his co-star Alia.

The makers of Badrinath Ki Dulhania recently released a beautiful song “Roke Na Ruke Naina” and is sure to bring tears to your eyes. The song is a soulful romantic, heartbreaking piece featuring Varun Dhawan and Alia Bhatt and is crooned by Arijit Singh and composed by Amaal Malik. The beautiful song showcases a glimpse of what happens when Varun and Alia part their ways in the film and its heart-wrenching.

Well, most of the tracks have been released from the film and they all look fantastic. The best part about the album is the reprised version of the 90’s superhit song ‘Tamma Tamma’. With a strong positive music response which all Karan Johar films have to offer, audiences have high hopes from the film.

Directed by Shashank Khaitan, Alia plays the character of Vaidehi and Varun plays the central character of Badrinath. The film is a spin-off of Humpty Sharma Ki Dulhania and is all set to release for Holi weekend release, on March 10. 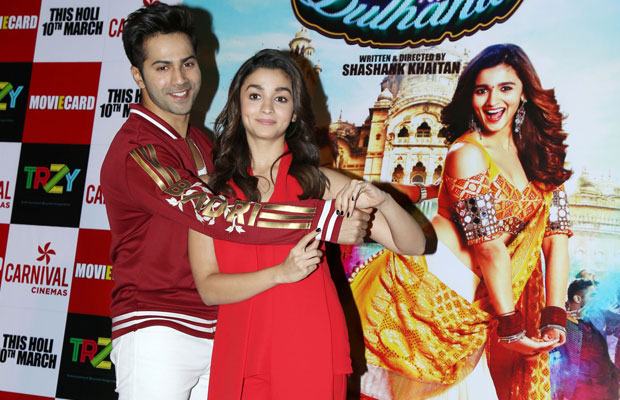 Also Watch: Varun Dhawan And Alia Bhatt SPEAK UP On Getting Trolled On Social Media!