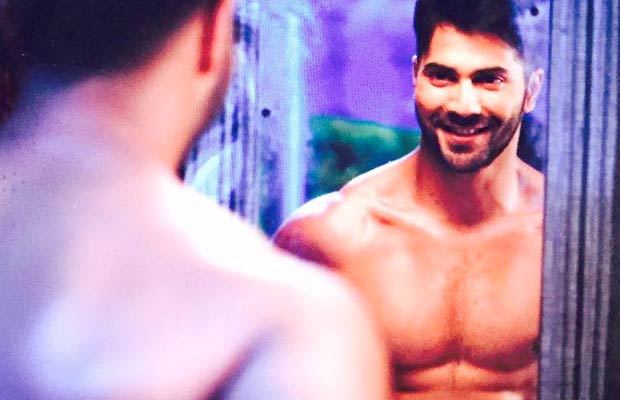 [tps_footer]Varun Dhawan‘s look from an introductory scene in Badrinath Ki Dulhania film and the actor plays a desi guy so he needs to look rustic and beefed up. “He had been working out with the look in mind after wrapping up Rohit Dhawan’s Dishoom. We needed to increase muscle mass so besides weight training I added more carbs in his diet, like brown rice and sweet potatoes, “ says Prashant his trainer who has been working with the actor since three years.

Prashant adds that Varun spends almost an hour-and-a-half every day in the gym. “He gets restless when he doesn’t work out. There are some action sequences that require some prep, “ says the celebrity trainer. Varun‘s desi avatar also includes a pronounced North Indian accent on which he has been working for weeks now.