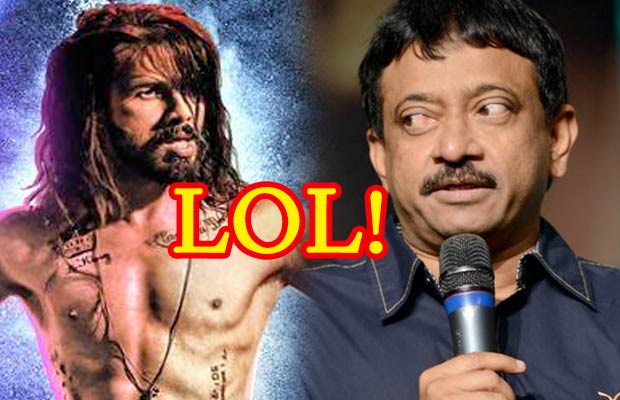 [tps_footer]Bollywood’s hatke director Ram Gopal Varma is not just known for his work but for his bindaas thinking and opinions too, which he loves to share with the online world. Yet, once again he has something very new to tell us and it’s related to his colleague and friend Anurag Kashyap‘s movie Udta Punjab starring Kareena Kapoor Khan, Shahid Kapoor, Alia Bhatt, Diljit Dosanjh and more. The plot of the movie is full of dark reality and it’s based on drug abuse, rape, abuse and so much nastier things. But, accordingly to Veerappan director Ram Gopal Varma this upcoming flick name should be changed to Udta India or Udta World because it’s not just a particular state’s problem, youngsters all over the world are facing various kinds of abuse and even fall prey to drug abuse.

Well, RGV is certainly making a point there but we seriously wish that our youth and the older generations come together to fight against drug abuse and various forms of abuse and help the ones who are caught up in the wrong things instead of just taking a dig at the current disturbing issues. It was reported that Anurag Kashyap‘s Udta Punjab may face several cuts and even face a ban for its excessive use of drugs, abuses, and more explicit scenes but the movie is still under the process of getting a certification. We hope things work out for the entire Udta Punjab team as they have really worked very hard to complete a movie like Udta Punjab which is full of hard-hitting realities of life and undeniable truths.[/tps_footer]