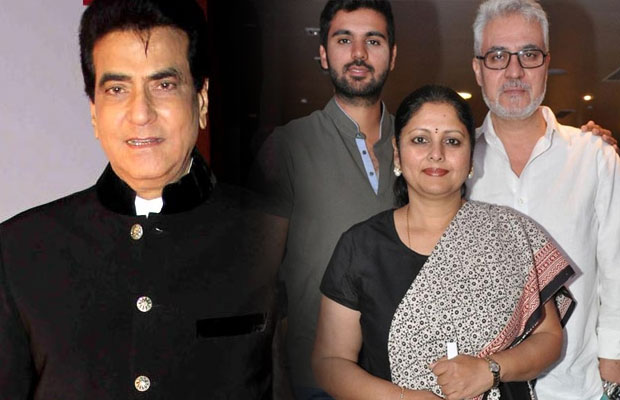 This came as a shocking news! Veteran Bollywood actor Jeetendra’s producer cousin Nitin Kapoor has allegedly committed suicide. Reportedly, Nitin jumped off the terrace of a five-storey building in Versova, Andheri (West), Mumbai on Tuesday afternoon, March 14.  The extreme step was taken from the terrace of her sister’s building on GP Road. Nitin used to stay with his sister’s family.

According to media reports, Nitin was undergoing treatment for depression at an Andheri hospital.  The incident took place at around 1.45 pm after Nitin left his sister’s flat reasoning that he wanted to take a walk and get some fresh air.

As per reports, Nitin Kapoor was unemployed for 18 years and was in the depression since past one and a half years. The incident took place after he returned home from his routine check-up at the hospital.

Meanwhile, police are investigating the matter. No suicide note has been found yet at the spot or at home. According to the police, there is no foul play in the incident, however; they are thoroughly looking into the case. The Versova police have registered the case of accidental death.

Nitin’s family, who resides in Hyderabad, has been informed of his demise and the body will be handed over after conducting an autopsy.  Veteran actor Jeetendra has expressed his grief over the same and has revealed that his first cousin was like a father figure to him and that since years Nitin Kapoor was avoiding to meet him.