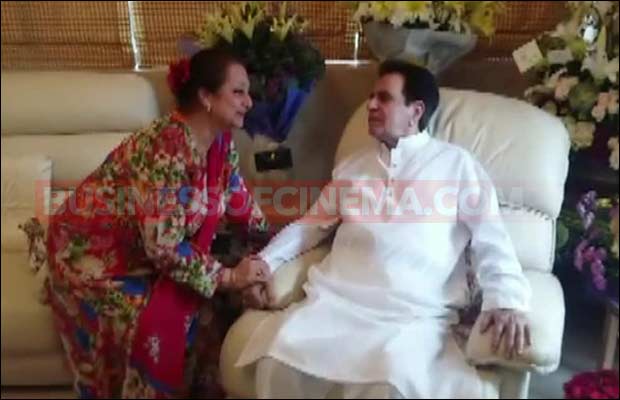 [tps_footer]It was shocking for all the fans and well-wishers of legendary actor Dilip Kumar to know that he is admitted to Lilavati Hospital because he is suffering from pneumonia. There were a lot of media reports that kept suggesting different versions of Dilip Kumar’s health issues. Recently, Dr. Jalil Parkar said that Dilip Kumar has a fever and he vomited a few times, he is suffering from pneumonia and his white blood cells have increased rapidly. He is not admitted in ICU and his health is not critical but he is kept under supervision by senior doctors for better and quick results. But, now Dilip Kumar’s wife and beautiful actress Saira Banu has declared an official statement related to Dilip Kumar’s health to avoid any kind of rumors and false media reports.

In the year 2013, Dilip Kumar was admitted to Lilavati Hospital because he suffered a silent heart attack but he was back in good health. Now once again he is facing health issues. We hope he will overcome this health issue as well.[/tps_footer]