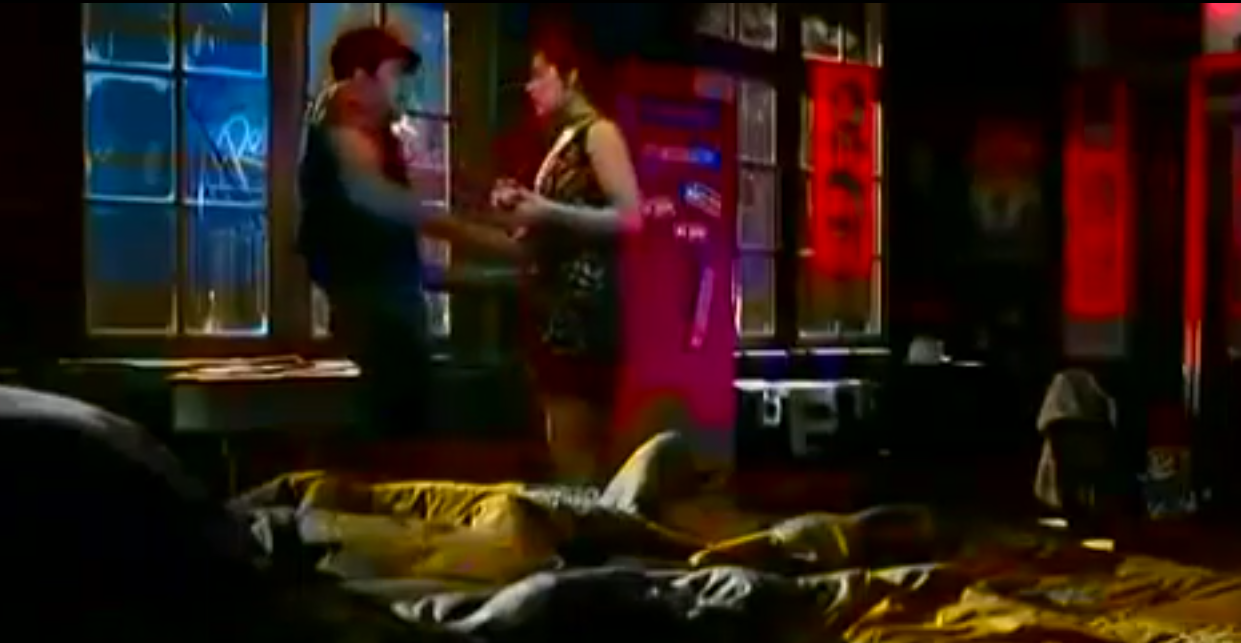 [tps_footer]Bollywood actors Hrithik Roshan and Kangana Ranaut’s controversy has been going on for months and it seems the ugly fight between the two is slowing down finally. Everything started from the day when Kangana addressed Hrithik as her ‘silly ex’.  The two even slapped each other with back to back legal notices and accusations. Also, Hrithik Roshan shared many emails with the cyber cell police that were sent by Kangana Ranaut. In fact, Hrithik also mentioned in his official statement that Kangana was never his girlfriend.

Well, media went through all the drama and the claims made by both the actors. Leave everything, we have a video of Kangana and Hrithik fighting. The alleged ex-couple is seen fighting in the video after Kangana wanted Hrithik in her arms. Before you assume anything, let us revealed that this video is a scene from their film Kites and is going viral on social media.

One can see in the video, Kangana is trying to get close to Hrithik, but the actor pushes her back. It is a scene where Kangana played Hrithik’s besotted fiancee, and was ditched by the actor for actress Barbara Mori in the film. This video had a sense of déjà vu ! Don’t you think?