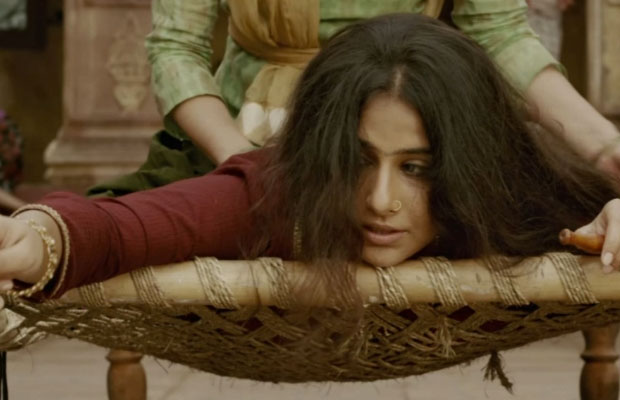 Bollywood actress Vidya Balan, who is known for her unconventional roles, is coming back with yet another hard-hitting drama, Begum Jaan. Right from Parineeta to her last film Kahaani 2, Vidya Balan’s every role speaks volumes of her versatility. She owns her every character with panache and the best Bollywood has had in a long time. The trailer of Begum was well received by the audience and has managed to create the much-needed buzz.

Well, Begum Jaan is a multi-starrer film but we also know, Vidya Balan is capable of delivering a hit film on her shoulder. Going through her past records, Vidya Balan has given many solo hits. Sujoy Ghosh’s Kahaani 2: Durga Rani Singh (2016), which starred Vidya Balan in the lead role, opened with Rs 4.25 Crore, earned Rs 16.97 Crore in the first weekend while Rs 32.80 Crore is its lifetime Box Office Collection.

Considering her previous solo performance, Begum Jaan is also expected to witness average opening at the Box Office. Also, the trailer, hard-hitting dialogues, and songs of the film have been well received by the audience. So our Box Office prediction says Begum Jaan will open well at the Box Office with Rs 5-6 crore collection on its first day.

More than the star cast, this film majorly relies on its performances and a strong storyline. Well, if the movie is backed by positive responses and reviews it will surely make a mark on the box office.

Talking about the film, Begum Jaan is written and directed by National Film Award-winning director Srijit Mukherji and produced by Mukesh Bhatt, Vishesh Bhatt, and Play Entertainment. The film is based on the backdrop of the year 1947. Begum Janna is the story of eleven women who refuse to part ways with their brothel and each other during the partition between India and Pakistan. The film also stars Chunkey Pandey and Naseeruddin Shah in the lead roles.