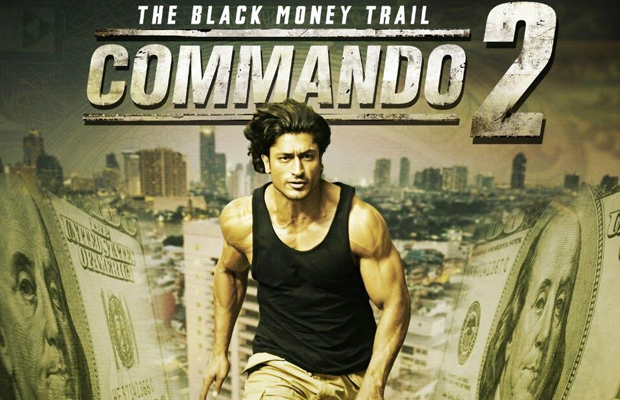 The makers of Commando 2 treated the audience with captivating posters for each cast member yesterday. The actors look unified in their characters.

Commando 2 has kept the audience intrigued since 2016. The trailer of the film is all set to be released in the coming week.

The film will not just release in Hindi but also in Tamil and Telugu. Vipul Shah believes that audience down south love action films and Vidyut is very well known for his action. Vidyut has trained himself for years when it comes to action.

Besides, Adah Sharma too will be seen engaged in action sequences in the film.

The actress is known down south for her performance in Kshanam, which is a Telugu film which garnered huge success and audience loved her in that.

Vipul Shah shares, “Al the Big Bang action films dub in Tamil and Telugu because the audience there loves action. Commando is as big as it can get in the kind of action that vidhyut does. He is a champion also adah had a huge success in Kshanam in Telugu so her fans would love to see her doing the action.”

The film is directed by Deven Bhojani, which happens to be his debut action film.

The cast is very fresh with everyone coming together for the first time. The prequel was loved by the audience and witnessing Vidyut perform action sequence only gives adrenaline rush to one.

Vipul Amrutlal Shah‘s Commando 2 directed by Deven Bhojani is all set to release on 3rd March, 2017.