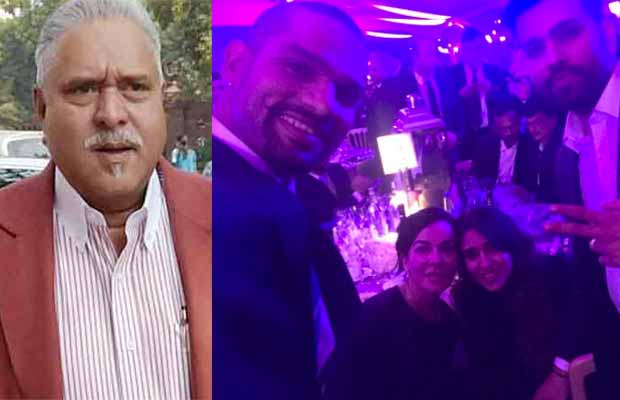 After watching India-Pakistan match at Edgbaston on Sunday, fugitive Vijay Mallya was present at Virat Kohli’s Charity Ball on Monday. Vijay Mallya, who is wanted in India for defaulting on bank loans worth Rs 9,000 crore, shocked everyone after he attended Virat’s event in London.

The Indian team was also in full attendance. From Rohit Sharma to MS Dhoni, Shikhar Dhawan with wife Ayesha Mukherjee, Yuvraj Singh and many cricketers were present at the event. The boys were seen in a jovial mood at the charity ball, having defeated Pakistan by 124 runs but after they saw Mallya at the event, things turned uncomfortable.

However, Indian cricketers maintained distance from Mallya in order to avoid any controversies. Reportedly, Virat Kohli, BCCI deny inviting Vijay Mallya at the charity event. In fact, the whole cricket team left early due to Mallya’s presence at the event, as they were very much uncomfortable.

BCCI sources say, ”Look, Virat or his foundation never invited Mallya at the function. But normally what happens at the charity dinner is that someone who has bought a table is entitled to invite his guests. Similarly, someone who bought a table must have invited him.”

Well, Mallya recently tweeted that he will also attend India-Sri Lanka and South Africa later in the week.

Wide sensational media coverage on my attendance at the IND v PAK match at Edgbaston. I intend to attend all games to cheer the India team.