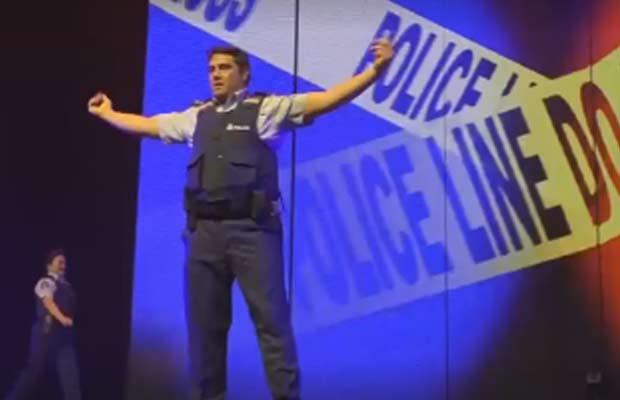 Bollywood stars Salman Khan and Shah Rukh Khan have their own share of crazy fan following all over the world. The loyal fans have different ways of expressing their love for their favorite stars but this time, we have come across a video of a crazy fan dancing on Salman Khan’s popular track in New Zealand.

New Zealand’s Christchurch Police Department recently organized Diwali party and they had an amazing time together dancing to popular Bollywood songs. The video shows police officers dancing crazily on the stage on ‘Pandey jee seeti’ and ‘Baby ko bass pasand hai’ from Salman Khan’s blockbuster films. Moreover, the interesting this is that the New Zealand police was celebrating Hindu festival with great enthusiasm. They are the true crazy fans of Salman Khan!

In fact, the craze for Salman Khan among the fans is increasing day by day. Recently, Dubai opened a Bollywood Theme Park. Located at Bollywood Parks Dubai, visitors will experience a live stunt show recreated from the Arbaaz Khan Production blockbuster hit Dabangg, where the main character Chulbul Pandey saves his love and the audience from a bunch of thugs.

WATCH THE VIDEO BELOW