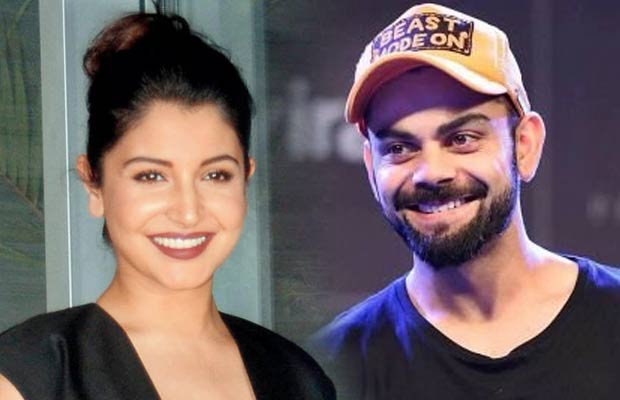 [tps_footer]Indian cricketer Virat Kohli is doing well in his career and moreover, the handsome hunk is grabbing all the attention on his patch up with Anushka Sharma. After much of speculations on his break up with Bollywood actress Anushka, Virat trashed all rumours by going on a secret date with his ladylove recently. He even hinted on his break up by flaunting a cool tee that had ‘We were on a break’ written on it.

Recently, at the launch of Virat’s fan box in Mumbai, when was asked about his patch-up with girlfriend Anushka Sharma, the cricketer said, “That’s for no one else to know. I wouldn’t like to comment on it.”

He also added saying, ”I said fans will get access to my personalised content but that doesn’t mean that they have access to everything that goes on in my life.” Not only that, Virat also quizzed the female reporter, “How is your personal life going?”

The most loved and adorable couple Anushka and Virat Kohli disappointed many of their fans after the two reportedly parted their ways. But recently, the two surprised their fans by going on a date at a restaurant in Mumbai. Each and everyone was happy and couldn’t resist expressing their happiness on social media over their patch up. Well, being a public figure, it’s obvious their love life would be under media and audience scanner.
[/tps_footer]