Our very new couple has finally accepted their relationship, officially! The real truth at last moved into the open when Bigg Boss 10 contestant Bani J’s sweetheart Yuvraj Thakur at long last proved his relationship with her on Instagram “I love you till the end of time that has no end @banij #soulcompanion #littlechild #loveyoutilltheend,” he wrote along with a cute picture. 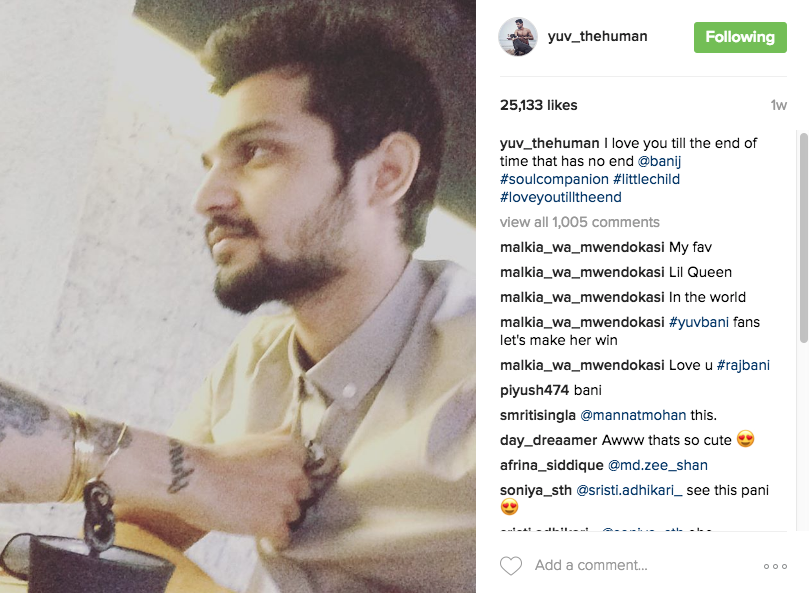 What’s more, looks like now Bani J, who was too shy to discuss about her personal relationships is currently being pretty open about the same, discussing about Yuvraj inside the Bigg Boss house and we are loving it. It was proved through a behind the scene conversation between Bani J and her co-competitor Nitibha Kaul how she initially met Yuvraj. She discussed how they became gym buddies and gradually fell in love. Their first encounter was too cute, awwwww!

At the point when Nitibha asked Bani that how she began dating Yuv (as he is affectionately called, the previous Roadie said, “We didn’t date for a while. So this one day, he was in the gym. He took off his T-shirt. So I told the manager of the gym that no one can take off their T-shirt when I am in the gym, and we laughed it off. He got a bit shy and said he wanted to take a picture. So I told him if you want to take a picture then take with me. That is the first time we spoke.”

We have all seen Yuvraj’s special post for Bani on Instagram, and her reaction to it is totally adorable, she says, “I saw the post and I thought it was a bit too much. So after that every time I saw him n the gym, I used to make fun of him. And then he started smiling. That’s the first time I noticed him smiling and he has a very cute smile,” added Bani.

Now that is one of the cutest love stories we have heard of. What do you think?