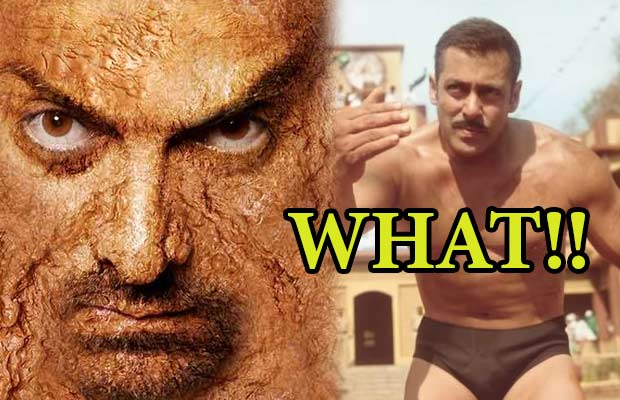 [tps_footer]This year both Aamir Khan and Salman Khan are ready to fight back with their films based on wrestling. While Salman has Sultan, Aamir has Dangal. But now here comes the twist in the story, apparently director of Sultan Ali Abbas Zafar had named Sultan as Dangal initially. Don’t believe us, then read what Ali said, “It’s bizarre when I wrote this script, I had no idea that there was any other film that was ever going to get made on wrestling. I wrote this film in 2012, it’s almost four years since. And I can tell you now that the first draft of Sultan was called Dangal. The first 10 pages, which I mailed to Adi, was titled Dangal.”

He also added though that Sultan is a much better title for the film. “Yes, because the character was called Sultan, but the journey was about fighting within. Also, the title Sultan was not with us. It was with Ramesh Taurani, and I thought, ‘Yaar, agar nahi milalega toh kya karenge?’ But Taurani gave the title rights up for Salman’s sake.”

Oh! We actually like both the titles, what do you think Salman’s Sultan or Aamir’s Dangal which film will outshine? Tell us in the comments below[/tps_footer]