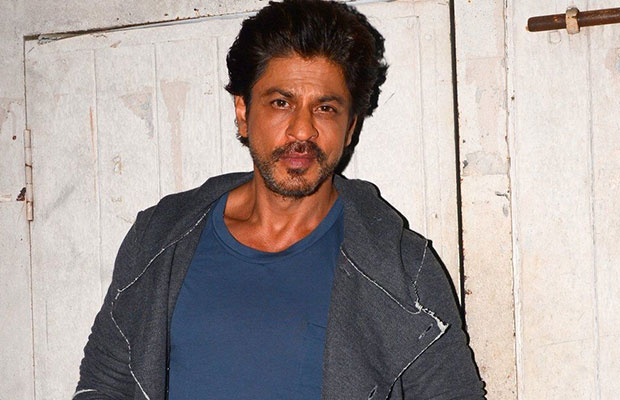 Well! It’s none other than his son Abram Khan. Abram and Shah Rukh Khan have been spotted together since a long time. And now recently, the two had a great father-son time. The two are often spotted together at several events. Be it a cricket match or film, promotional events, post release interviews or random outings.

Last night, the two went for a light night stroll at the Juhu beach. The two are seen dressed in a white and blue attire and they look simply adorable.

Shah Rukh Khan, then took on to Twitter to share about his outing. He wrote, “a late night walk along the juhu beach…hand in hand…& the sand castle we made will last a life time..we r sure.” 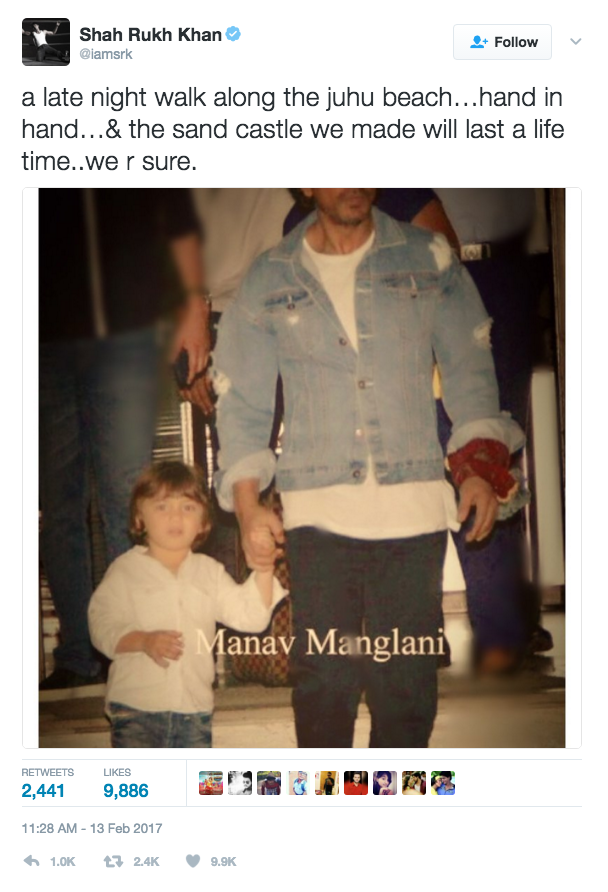 Abram is the top most star kid today and has the highest ranks in terms of popularity. Many people wait in front of his house to have his glimpse.

Shah Rukh Khan and Gauri Khan have three children. Aryan Khan being the eldest and Suhana being the second child. Abram Khan is the third child and with all the treatment, looks like he is the most pampered and treated royally.

Shah Rukh Khan seems to be on a chill ride after the great success of Raees that released this Republic day.

Also Watch: Hungry Beggar Asking For Food From Shah Rukh Khan, Guess What He Did Next