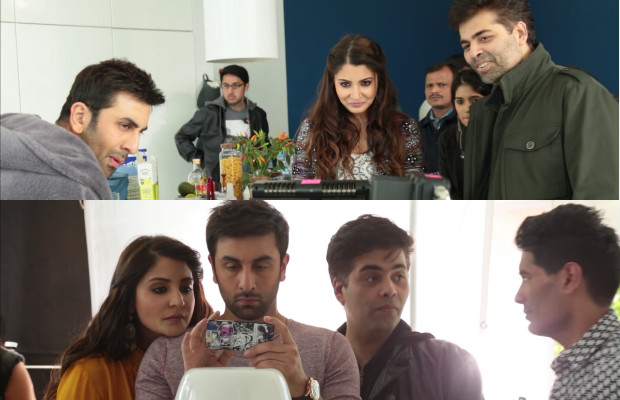 As we all know Karan Johar’s Ae Dil Hai Mushkil has landed into the trouble after political parties demanded to chop off Pakistani actor Fawad Khan’s role from the film.  The decision was taken after the gruesome Uri attacks in which18 jawans lost their lives because of the attacks and the whole nation is grieving their loss.

The issue has become serious by all means and the political party, MNS has also stated that Shah Rukh Khan’s film ‘Raees’ which stars Pakistani actress Mahira Khan will not have a smooth release in the nation. Additionally, ‘Ae Dil Hai Mushkil’ which stars Fawad Khan is also going to face problems.

Now the makers of Ae Dil Hai Mushkil have released the making video of their film featuring Ranbir Kapoor, Aishwarya Rai Bachchan and Anushka Sharma. The very surprising thing about the video is that Fawad Khan is seen nowhere. Though Fawad Khan has a small role in the film, but it’s surprising to not see him anywhere in the behind the scenes video.

Earlier, in the trailer as well as in the three songs, Fawad Khan had a few seconds appearance but now, him not being in the making video shows that Karan Johar does not want to add fuel to the ongoing controversy.

Talking about the behind the scenes video, it looks like the team had an awesome time together while shooting for the film. More than fun, the video shows how much dedicated they were and the efforts the stars have put for their much-awaited romantic film.

Directed by Karan Johar, the film is releasing this Diwali on October 28 in a clash with Ajay Devgn’s Shivaay!