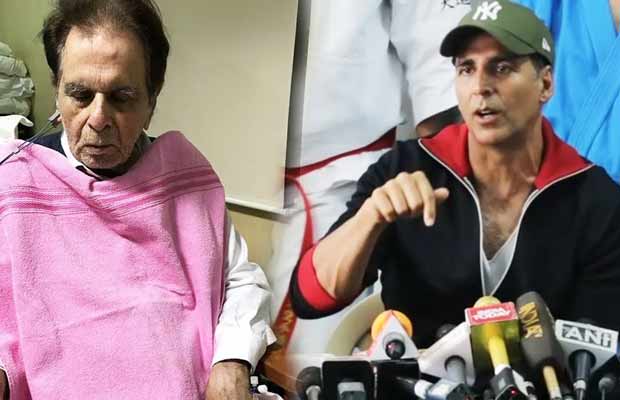 Bollywood actor Akshay Kumar was recently spotted at a Women’ Self Defense Graduation Ceremony in the city.

Akshay Kumar as we all know is a very keen enthusiast on martial arts and self-defense. So it comes as no wonder when the actor and his recent co-star Bhumi Pednekar was spotted at a Women’s Self Defense Graduation Ceremony.

The actors motivated the women and congratulated them on their success. Akshay Kumar also clicked many selfies with his fans in return after the ceremony. The duo answered questions from the media present to cover the event.

Dilip Kumar a veteran star of the industry is currently recovering from his illness. It was reported that he had a kidney failure but it was finally confirmed that actor Dilip Kumar was suffering from a urinary infection and dehydration.

Akshay Kumar was asked about Dilip Kumar’s health and the actor shared his prayers saying, “He is a legend. There’s no other bigger actor than him. And we’ve been seeing him from black and white time.

The actor asked everyone present to pray for the veteran actor and keep him in prayers. “..And we all should have a small prayer, whenever you get time just to pray that he gets well soon as fast as possible…”

Bollywood actors Akshay Kumar and Bhumi Pednekar are currently promoting their upcoming film ‘Toilet Ek Prem Katha’. It is slated for an August 11th, 2017 release and is said to be social movie regarding India’s sanitation system.