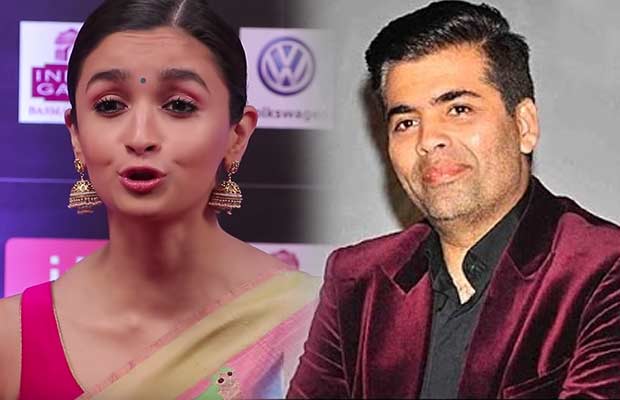 At the recently held Zee Cine awards 2017, Alia Bhatt was asked about how she felt about Karan Johar’s twins. The actress was quite excited and reacted saying that she is very much happy and can’t wait to see her brother and sister. Watch the video below to know her surprise plan for the twins.

Bollywood filmmaker Karan Johar recently revealed that he became a father to twins- Roohi and Yash through surrogacy. On a fine morning, Karan Johar took to twitter and wrote, “I am ecstatic to share with you all the two most wonderful additions to my life, my children, and lifelines; Roohi and Yash. I feel enormously blessed to be a parent to these pieces of my heart who were welcomed into this world with the help of the marvels of medical science. This was an emotional yet well thought out decision which I have taken after considering all the responsibilities and duties that come with being a parent.”

He also added saying in the post that his children will now be his priority and his “work, travels and social commitments” would take a back seat and he is prepared for that.

Bollywood celebrities Varun Dhawan, Farah Khan, Arjun Rampal, Anushka Sharma, Alia Bhatt and many others took to twitter to express their happiness and showered congratulatory messages for Karan Johar on becoming a father.