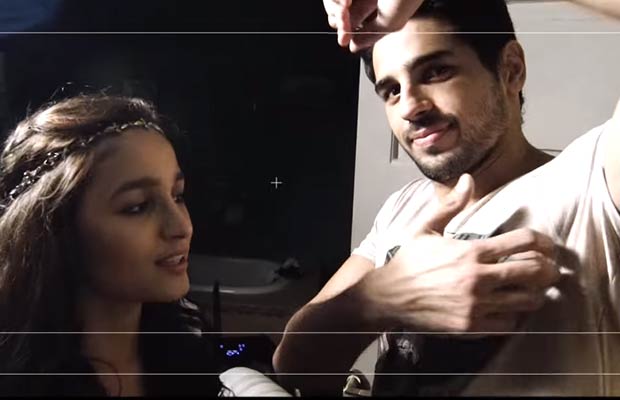 [tps_footer]”Kapoor and Sons“, this movie is becoming more and more exciting day by day. It’s tough to wait for it. I feel, it certainly has all the ingredients to make it a big hit and a treat to watch.

Firstly, we will get to see Alia Bhatt and rumoured boyfriend Sidharth Malhotra, once again sizzling on screen after “Student of the Year“. Again, it’s a Karan Johar movie, who is known to make fun and entertaining movies like “Kuch Kuch Hota Hain“, a family drama like “Kabhi Khushi Kabhi Gham“, a romcom like “Dostana“, a love story full of family drama “Humty Sharma Ki Dulhaniya” and now he is back with another family oriented film and this time it’s “Kapoor and Sons“, which according to its trailer, looks like a story of a dysfunctional family and reunion of two brothers played by Fawad Khan and Sidharth Malhotra.

And, if these reasons are not enough for you to go to the theatre and watch it, then, here is another reason to watch it. We will get to see Pakistan’s hottie Fawad Khan, dazzling silver screen again, who has become a part of us now and has gained a lot of popularity in such a short time. He will be seen in this new flick “Kapoor and Sons” after starring in “Khoobsoorat” opposite Sonam Kapoor.

Woww !! Enough of reasons to watch, I guess. But right now, Alia Bhatt is making news to promote a new song “Kar gayi chull” from her movie “Kapoor and Sons ” on twitter. She asked a question directly to her followers online

Sooooo have a question for you guys 🙂 You know or what?#ChullKaMatlab?Check this out!!https://t.co/QAuFNQWmKd@S1dharthM#KapoorAndSonsâ€”

And even a video of asking the cast and crew members, what is the meaning of “chull” was posted. Hilarious attempts to promote !! But hope it works out for them.

Recently, Fawad Khan was seen doing crazy dance moves on this same song “Ladki beautiful kar gayi chull” and even the trailer of “Kapoor and Sons” is shown the cast dancing on this song and the chaos of family life. Hope the excitement of all the actors of this movie reaches out to people the same way and spreads miles apart and gives them a blockbuster hit.