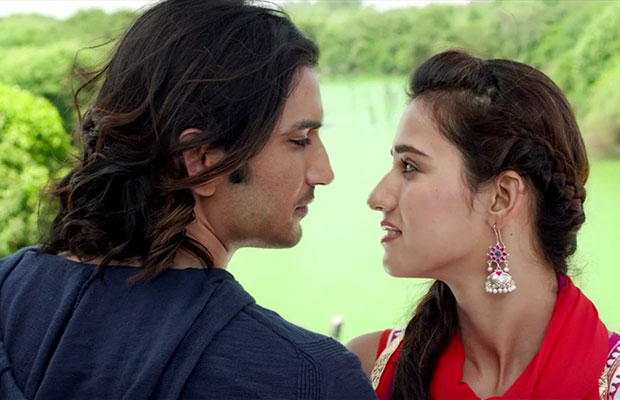 After the first song “BESABRIYAAN”, the makers of ‘MS Dhoni– The Untold Story’ have released romantic song ‘KAUN TUJHE‘ featuring Sushant Singh Rajput and Disha Patani. The very romantic and soothing song showcase how Sushant Singh Rajput and Disha Patani fell in love with each other. The highly romantic song is sung by Palak Muchhal and with the pleasing music by Amaal Malik.

Disha Patani and Sushant Singh make an adorable pair and look stunning together in the song. But not to be forgotten, Disha plays Sushant Singh Rajput’s ex-girlfriend while Kiara Advani will be seen as his wife in the movie. ‘Kaun Tujhe’ tells the love story of MS Dhoni and his late girlfriend, Priyanka Jha (Disha Patani)

The gorgeous Disha is looking pretty in the music video as Sushant’s first love. Sushant, who plays the role of Dhoni in the film, is seen donning different avatars. The actor will be seen as loverboy, a sportsman, and a champion cricketer in the film. The song ‘Kaun Tujhe’ is beautifully created with an adorable chemistry of Sushant and Disha, which is also one of the highlights.

M.S. Dhoni – The Untold Story is a biopic based on the life of Indian cricketer and the current captain of the Indian national cricket team, Mahendra SinghDhoni. Directed by Neeraj Pandey, the film showcases how with hardships and dreams, Dhoni made his career. The song is the perfect soul to how the cricketer did not stop dreaming.

The film is releasing on September 30!