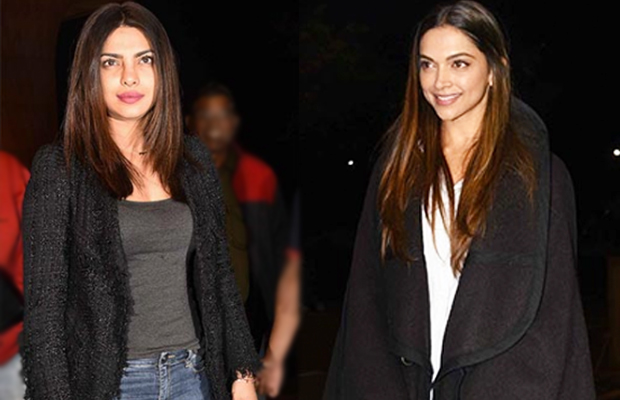 Here’s How Deepika Padukone Reacted When Addressed As Priyanka Chopra By Foreign Media!

Deepika Padukone might have surely felt awkward after she was addressed as Priyanka Chopra by foreign media. Yes, that happened! Bollywood actress Deepika Padukone faced oops moment at LA airport while she was heading for academy awards 2017.

As soon as she walked out of the airport, she found herself in an unwanted situation. At the LAX airport fans and media started calling her Priyanka Chopra.

Both Deepika and Priyanka are heading towards huge success with their respective Hollywood projects. But they often get into an uncomfortable situation when they are mistaken for each other.

The Xander Cage actress was spotted arriving in Los Angeles, prior to the Academy Awards, held last Sunday evening. The actress looked stunning in her casual, smiling as she made her way through the airport in her car.

The channel posted a video of Deepika at Los Angeles International Airport (LAX) and titled it this. “Priyanka Chopra says she hasn’t thought about New Year’s resolution, arriving at LAX.”

Well, now again the same happened at LA airport just a day before the Oscars!