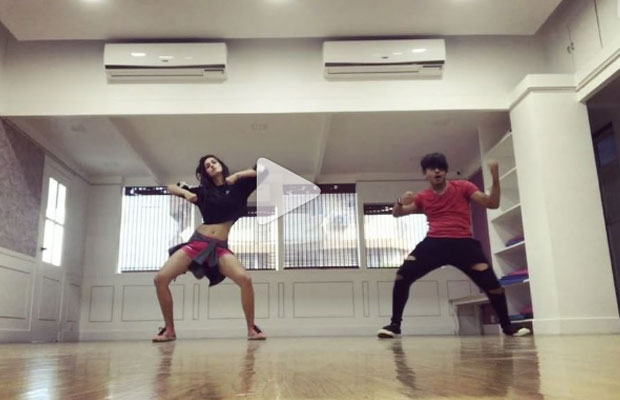 She is the new sensation of Bollywood. After Befikra with beau Tiger Shroff and her debut in M S Dhoni: The Untold Story, Disha Patani is ruling the people’s heart with her style, looks and dance. Disha Patani leaves no room to connect with fans and share videos of her working hard.

We get to see many videos of the beautiful girl dancing and rehearsing. Recently, a video of her released and she looks amazing.

If you haven’t seen her yet, check out the video of Disha Patani dancing on Shape of you.

Disha Patani came on screen with her boyfriend in the song Befikra and then touched our hearts with her blissful performance as Priyanka Jha in Dhoni’s biopic. Later, she was also in the news for having being cast in Student of the year’s sequel as the lead actress opposite Tiger Shroff. But news broke out that she was replaced by Saif Ali Khan’s daughter Sara Ali Khan. This proves how nepotism made a star kid win over an outsider.

Let’s see when we get to hear about Disha Patani’s big project as the lead sharing more screen space.

Apart from that, the lady has completely made people fall in love with her and her smile.