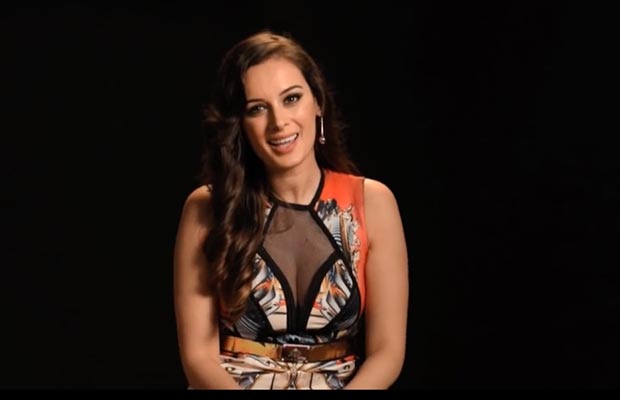 Evelyn Sharma best known for her role of a hot chic named Lara in Yeh Jawani hai Deewani and Janet D’Souza in Yaariyan became an overnight favourite of the Indian youth with her ingenuous charm and broken Hindi.

The Frankfurt-born actress, has a German lineage with her mom being from the country and her father an Indian Punjabi.

The 30-year-old released a video through her channel on Youtube a couple of days ago, where she explains her journey from Germany to Bollywood.

The actress, who is a degree holder in Foreign Language Correspondence and Business studies says in the video that she earlier had no plans of joining the film industry. The girl indeed had an inclination towards dramatics however had no plans to make a career out of it. However, Evelyn incidentally tumbled upon an opportunity and got a chance to play a cameo in a British film Turn Left.

Well, luck played its game since then and the actress was showered with various offers- modelling, commercials and movies.

Evelyn talks in the video about all of these opportunities and how a few roles helped her define her career.

The actress also talks about how co-stars Ayushmann Khurrana and Ranbir Kapoor helped her in this journey to stardom.

She explains how Ayushmann brought her back to her Punjabi genes by teaching her to eat with hands. And also mentions how Ranbir Kapoor gave her the life lessons of being grounded in this field of glamour.

Well, we also can’t stop ourselves from mentioning how hot Evelyn looks in the footage of her modelling videos.

The video has indeed impressed us a lot and we totally recommend it to you to know the actress better!