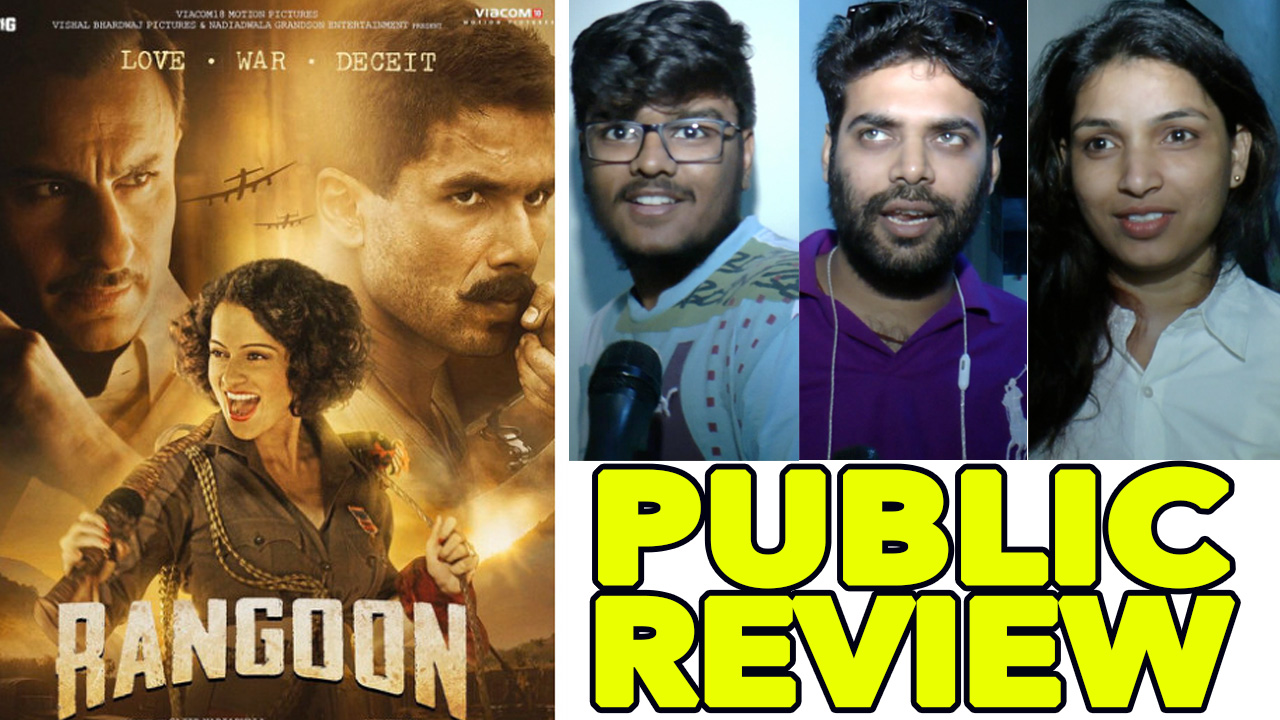 Shahid Kapoor, Kangana Ranaut, and Saif Ali Khan starrer Rangoon has finally released today. The film is set against the backdrop of the Second World War 2 and is said be an unusual love story. The film is a period drama and it’s said to be director Vishal Bhardwaj’s masterpiece, considering the kind of time it has taken to make this film. It won’t be wrong to say that Vishal brings the best out of Shahid. Their last two collaborations Kaminey and Haider were a smashing hit and that has left the audience waiting for Rangoon. Apart from scripting and direction, Bhardwaj has also composed the music for his film.

With mixed reviews, Rangoon has taken a very poor start of around 10-15% in the morning shows. The content of the film is niche appeal and so, it seems the film has not been received well by the audience. Friday being a holiday; it remains to see if Rangoon can show a decent growth in collections in the evening and nights shows.