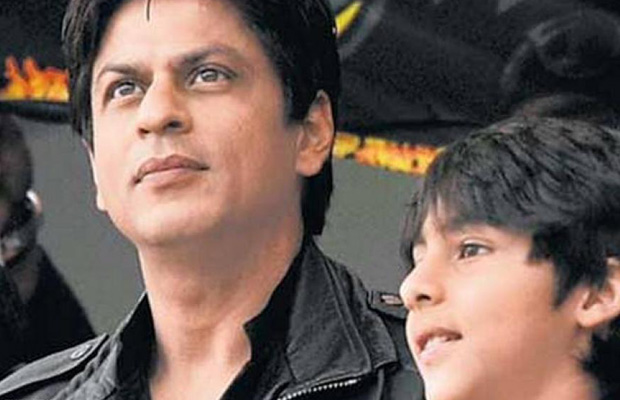 Bollywood superstar Shah Rukh Khan is a doting father to his three children, Aryan, Suhana, and AbRam. Being a family man, SRK cannot stop obsessing about his kids, especially the little AbRam. Even when Shah Rukh Khan is out of the town for the shooting, he makes sure to connect with his kids during his hectic schedules. While his two kids Aryan and Suhana are grown up and busy with their further studies, little AbRam is always seen accompanying his father on shoots.

SRK’s little son AbRam is a treat to our eyes and one just can’t get enough of seeing and watching the adorable pictures, videos of the little munchkin. Little AbRam has given many oh-so-adorable moments to us but this time, we bring an unseen flashback video of SRK with his elder son Aryan. Aryan Khan is in his late teens, we don’t see him and SRK too often but this video is going to be nostalgia for the superstar also.

The adorable video sees SRK moving out of his bungalow Mannat with Aryan. This is part of the show Living with a Superstar that a channel had done with SRK. One can see in the video, SRK singing Pokemon song with Aryan as he heads to drop him to the school in the morning. In the video, SRK is also heard revealing that how he was told to hide his marital status when he entered into the industry.

WATCH THE VIDEO BELOW:

Watch video. Flashback. You’ve seen many videos of SRK with AbRam. Now see this with Aryan; when he was a baby @dnaafterhrs ・・・ @iamsrk @gaurikhan #shahrukhkhan #aryankhan #gaurikhan #throwback #bollywood #forever