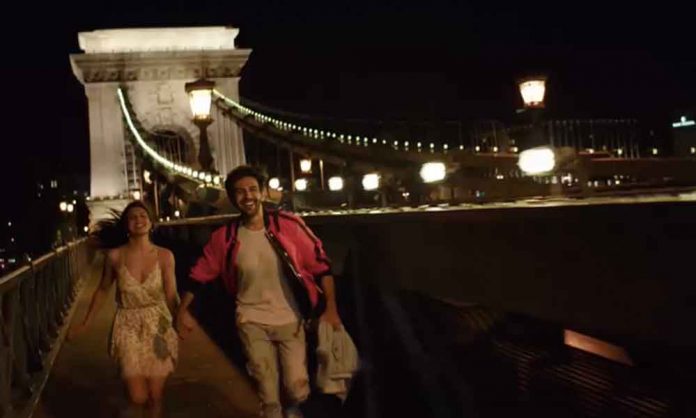 Kartik Aaryan who has time and again bowled us over with his monologues has been in the news recently for a video with Jacqueline Fernandez. In the video, one can see them recreate the iconic bridge scene from Karan Johar movie and from the looks of it both of them seem to have a lot of fun. The video in question has been shot in Budapest and it seems that they were enjoying some real magic moments while shooting.

Kartik Aaryan and Jacqueline Fernandez will also be seen together in the Hindi remake of Kannada hit film ‘Kirik Party’, which is being directed by filmmaker Siddharth Anand.

We are looking forward to the chemistry between Jacqueline Fernandez and Kartik Aaryan. What about you guys?