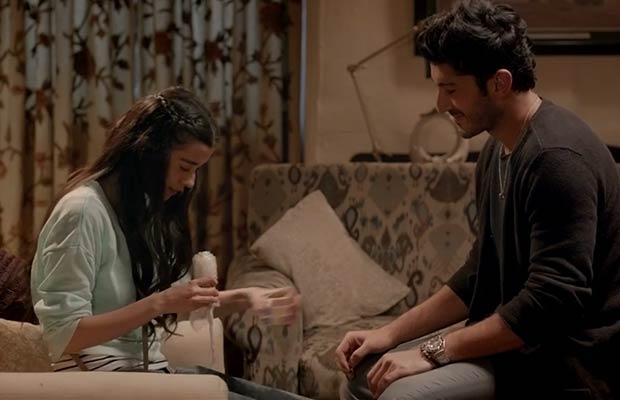 [tps_footer]Love Shots by Y Films is crossing all lines of creativity with its never seen before concepts. Yet again the young team has managed to impress everyone with its new short film titled ‘The Big Date’. The short film features actors Rhea Chakraborty, Saba Azad and Mohit Marwah. Love Shots is a series which depicts the aspect of relationships in a unique way. The first short film in the series was ‘The Road Trip’ featuring Nimrat Kaur and Tahir Raj Bhasin.

The film ‘The Big Date’ is not just about love but is also about siblings. Yes! The unique short film is extremely touching and emotional as it tells you about the bond of sisters. The film initiates with a scenario of Valentine’s Day preparation. The film features two sisters out of which one is autistic. The short film goes with the flow when one of them is getting ready (Rhea) and the character of autistic played by Saba is communicating with her.

The two sisters are preparing for the big date and handsome hunk Mohit Marwah is the awaited guy! Just when you think it is Rhea’s character who is going for the date you are surprised by all ends. The movie not only is a love filled one but is also full of feelings and is thought provoking. The end is the sweetest conclusion we have ever witnessed, do watch!